Naomi Osaka queen of brands: she is also in the new Levi's campaign, Beauty of Becoming, made up of a series of short films that also stars Jaden Smith, her sister Willow and actor Brandon Flyn. Levi’s new campaign tells the personal experience of the protagonists through positive messages full of optimism.

The launch of the series will coincide with Black History Month and will continue until June, the month of Emancipation Day (Juneteenth) which falls on the 19th. The American brand is establishing itself as a true spokesperson for a movement and this is perfectly represented by this latest campaign.

Levi’s is in fact engaged in the political and social struggles involving the United States on the assumption that brands can play a very important role in the fight against social injustice and racism. Just some days ago Naomi Osaka bought a share of North Carolina Courage.

The Japanese decided to invest in Steve Malik's club, who he said: "No one better than Osaka can help us grow our community and inspire the next generation of women." The club has won the last two NWSL championships and finished second in 2017.

Below the pics of Naomi Osaka for Levi's 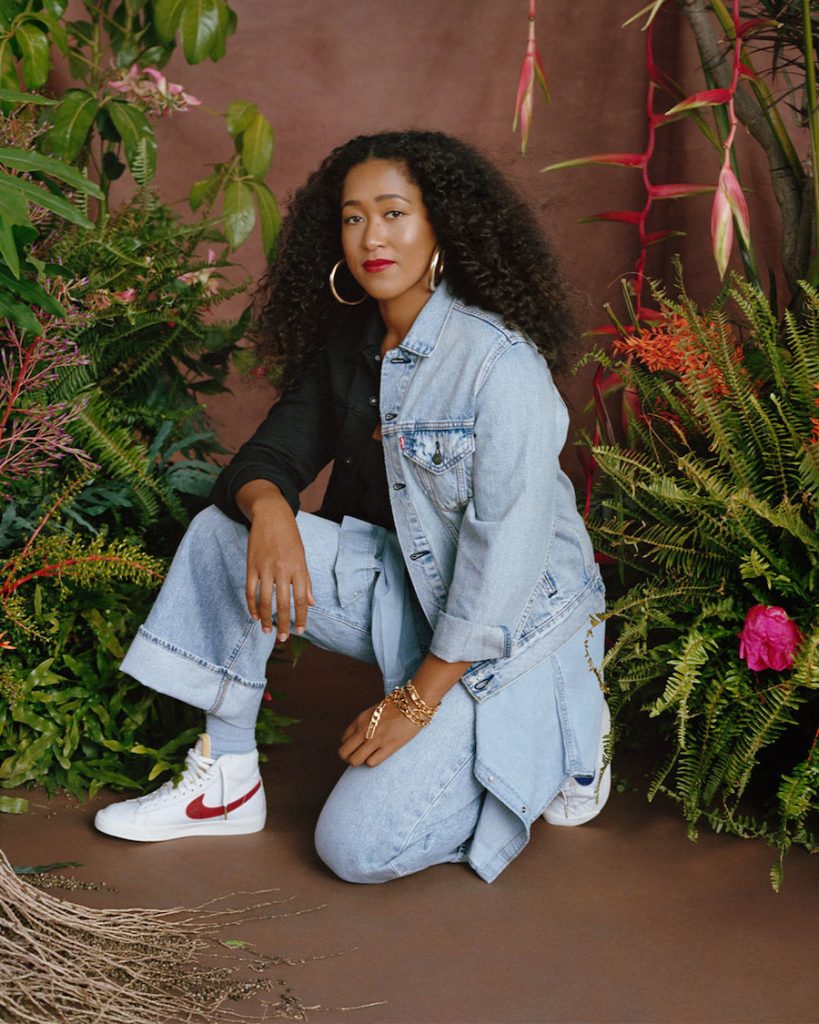 Naomi Osaka at the Gippsland Trophy

Naomi Osaka beat Katie Boulter 3-6 6-3 6-1 and managed to come back from one set of disadvantage without too much effort, at the Gippsland Trophy in Melbourne, one of the three WTA Tournament that are being played the week before the Australian Open 2021.

Naomi talked about the nervousness she went through during the match and how it helped her during the match. She said: "Up to the middle of the second set it's like I was staying in the rear, I was letting her dominate most of the rallies.

I still hadn't settled in. Yesterday I was extremely nervous before going down again on the court, while today Did all the nervousness go away after I lost the first set? I became calm again because at that point I just wanted to play well again, without worrying about the result.

I couldn't ask for a better match to prepare myself. You can't play games like that in training so I'm happy with how it went, even if it was long."