RELATED: Before returning a serve, jump

The return of serve may be categorized according to the tactical situatfon as an offensive or defensive stroke. In most cases, the defensive stroke is used to return a powerful and/or well placed (depth, angle) first serve or a well placed second serve. The objective in this situation is consistency (ensure the ball remains in play) while minimizing the options available for the server to attack. The offensive stroke is used predominantly to return second serves. In particular, the offensive return is used against serves which lack power and/or effective placement. In this circumstance, the objective is to secure control of the rally

“Most important shot in the modern game of tennis,” 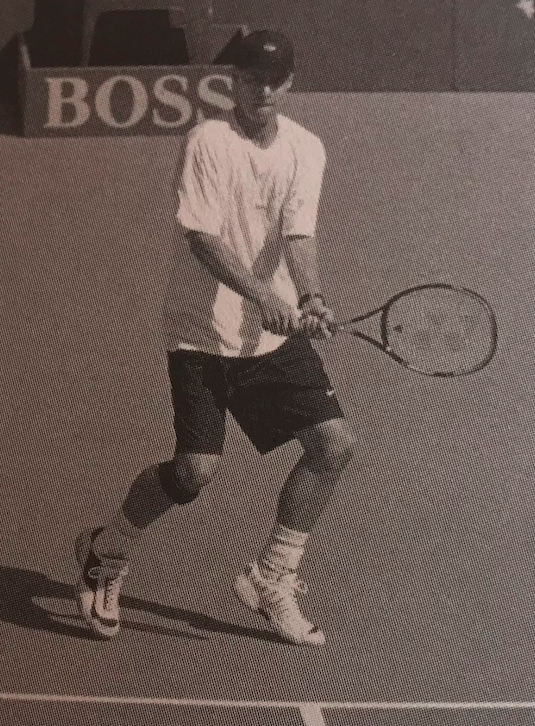 * Use of the backhand grip in the ready position for the return of serve may be more common compared to the situation for a baseline groundstroke exchange.

• the feet may be positioned slightly farther than shoulder width apart to increase the base of support, thereby assisting stability and balance

* the knees may be flexed (bent) to a greater extent ( compared to the groundstrokes) to lower the center of gravity' and enhance balance and power, and also to provide for powerful movement. 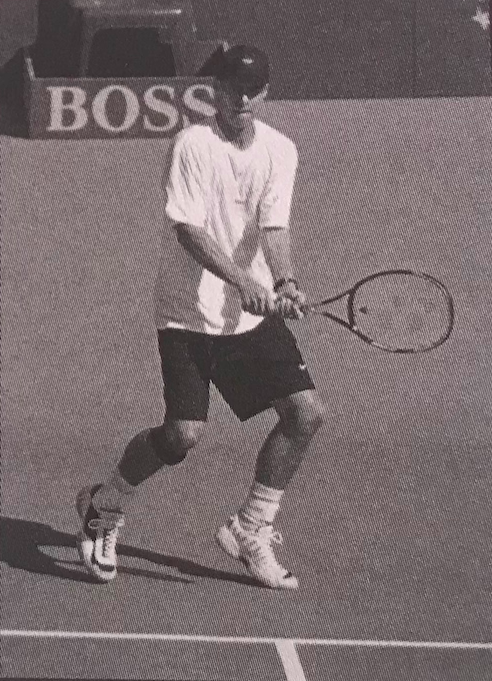 • The split step enables a stable base of support for balanced movement in any direction.

* The knee bend and straightening, which occurs during the split step, provides for powerful and therefore rapid movement.

* The trunk is angled forward.

The distinct aspects of the split step in relation to the return of serve include:

• The player jumps into a ready position with the feet positioned slighter farther than shoulder width apart and with a marginailly mcreased knee bend compared to a split step performed during a baseline groundstroke exchange.

, The increased knee bend results in a greater stretch placed on the muscles of the legs to provide more powertul rapid movement compared to a split step performed during a baseline groundstroke exchange. 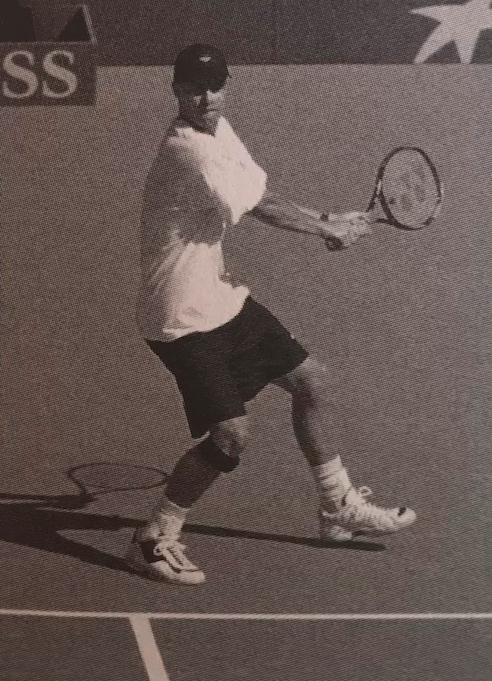 The principle features of the hitting stance are effectively identical to that outlined for the groundstrokes. Ihe distinct features of stance for the return include:

• For the forehand return of serve, the stance reflects that used for the groundstrokes.

• For the backhand return of serve, a semi-open or open stance is used more frequently compared to the situation for a baseline groundstroke exchange. 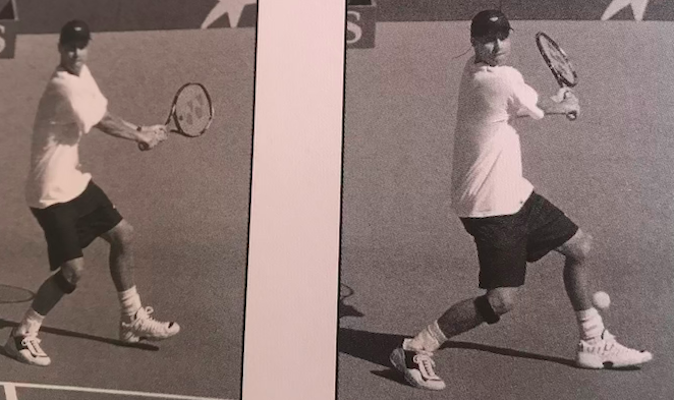 The important aspects of racquet preparation are similar to those described for the groundstrokes. The distinct features for return of serve are a result of the tactical situation:

* For an offensive return of serve, the grips and backswing pattern are identical to those described for the groundstrokes. However, the length of the backswing may be modified according to the time available for the receiver to prepare for the stroke. Rotation of the arm around the elbow in the forehand enables effective racquet speed at contact to be generated with minimal shoulder rotation. As a result, players are able to develop offensive returns against relatively powerful serves.

* In some (although not all) cases, a defensive return of serve may be played using a continental grip as an intermediate position between the preferred forehand and backhand grips. In this situation, the return is blocked deep to the opponent's baseline or low to the incoming volleyer's feet. The backswing pattern resembles that described for the volley. At completion of the backswing, the racquet is either marginally above, or directly aligned with, the intended contact point.