November is Masters time. It is for the best eight women, who are battling it out in Guadalajara. And it is the same for men, engaged in the Pala Alpitour in Turin. But it's also time for Masters in South Africa, to be exact at the Cape Winelands District Municipality, in Strand.

At one time, this area was called Boland. But the name doesn't matter: on the weekend of November 13-14, the ten courts of the Strand Tennis Club hosted the Winelands Sportsman Warehouse Mini Masters, a tournament that brought together the excellence of the area, both at the youth level (Under 12, 14 and 16) and at the Open level, i.e., the event with no age limits.
These were elite tournaments, in which only the best eight players in each category could take part.
Being there, therefore, was already a success.

But the guys from Federico Coppini's Tennis World Academy, a big and increasingly lively project in Stellenbosch, made a great impression. Of the eight scoreboards of the program, two were won by the Academy boys. The first triumph came in the boys’ Under-12 category, which the young Ethan Pieber won.

His was a fantastic tournament: in the quarters he overtook the top seed (Cooper McCarthy) with a score of 5-7, 6-4, 10-5, then he overtook Dawid Fourie in a Tennis World Academy derby, only to dominate Nicolas Lourens (#2 on the scoreboard) with a dry 6-2, 6-2.

Unlike the ATP-WTA Masters, this Masters’ event was played with the direct elimination formula but the eliminated players had the consolation scoreboard, so as to guarantee three games for everyone and a ranking from first to eighth place.

The other success came in the boys’ Under-14 category, in which Zachary Parsadh won the title without losing a set: he valued the status of the second seed on the scoreboard until the final, then kept top-seed Stefan Stieger at a distance , beating him with a convincing score of 6-4, 6-3. 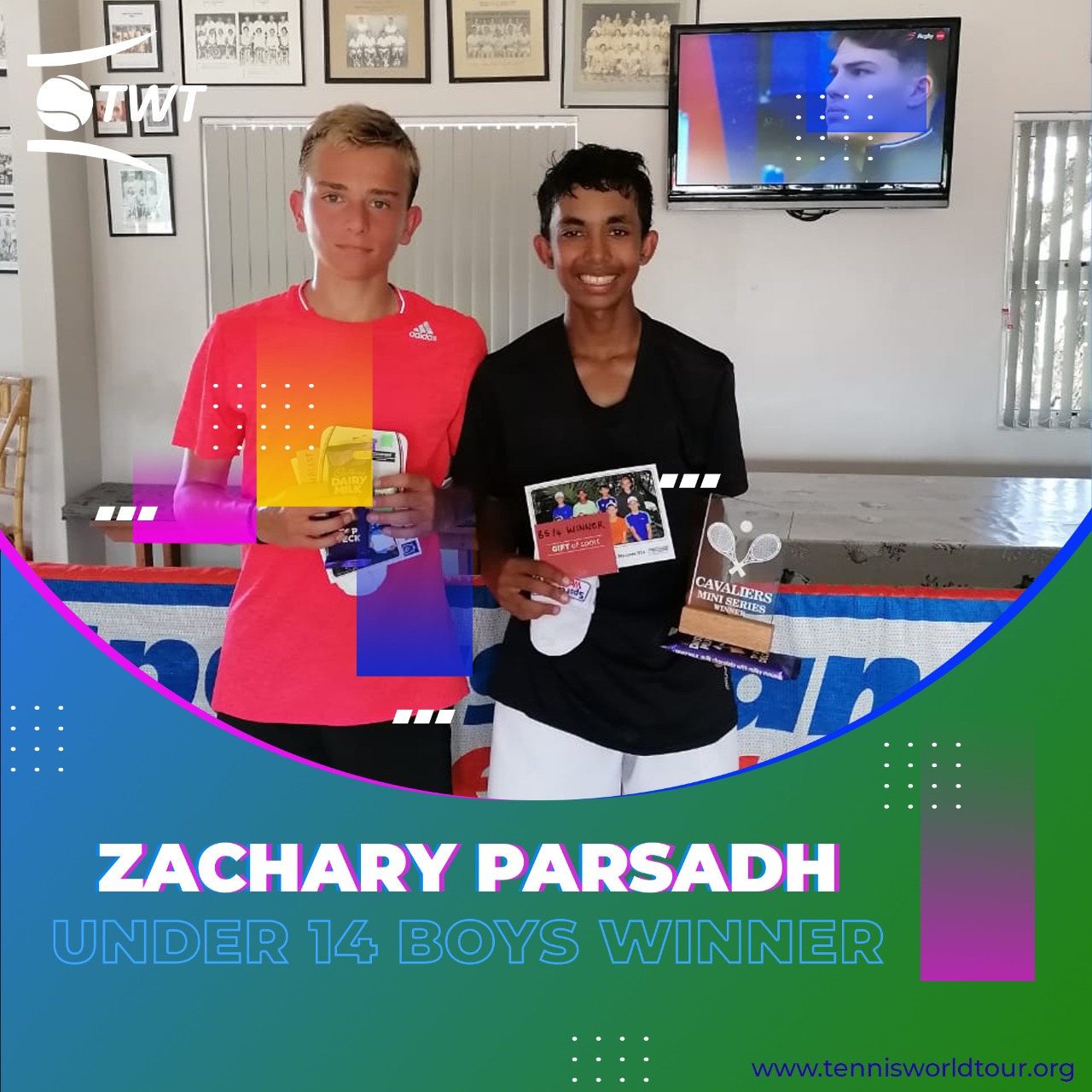 The Tennis World Academy team also stood out in other draws: in particular, Wade Hermanus and John Coetzee reached the semi-finals in the Open tournament.
Without forgetting the best result in the girls’ field, where starlet Shiloh Daniels reached the semifinals among the Under-14 players.

There was a hint of disappointment because Daniels (who trains at TWA thanks to the incredible work of the Tennis World Foundation) played evenly against the top seed, Nina Van Eeden, but conceded the match by the score of 6-2, 7-6.

You don't get to play some sort of local Masters if you don't do a good job. And there is another fact that Coppini and his staff can be proud of: three of the fifteen boys come from the Tennis World Foundation project.

In addition to Shiloh Daniels, Zachary Parsadh and Milani Mazinbuko (who succumbed in the head-to-head clash against Daniels) were also rescued from a difficult reality. The Winelands Sportsman Warehouse Mini Masters is a tournament that is played under the aegis of Tennis South Africa, the South African federation: it is not a trivial detail because it means that the best boys of the academy will be able to get noticed by the federal leaders and maybe find support.

that can complement the - extraordinary - functioning of the academy. And make their dreams come true. Meanwhile, the youngsters can sleep peacefully: their talent is in good hands.