There is a project that could change the fortunes of South African tennis. Thanks to the energy and expertise of Federico Coppini, the Tennis World Foundation project is taking an increasingly defined form and now the two key objectives of the foundation could be achieved: on the one hand, the possibility of removing more and more children from the miseries of the streets and on the other, the hope of creating high-level players.

The Tennis World Foundation has developed two main bases: the first at Stellenbosch (which aims for even greater development) has been joined by that in Strand (25 km further south), where tennis is taught at an intermediate level.

It's a kind of transition that the kids go through and where they are monitored to figure out who can enter the Stellenbosch academy.

Since January, TWF has been investing heavily in the Strand school: a full-time Program Manager (Julius Chryston) has been hired, who is in charge of managing training and tidying up each child's growth.

In October 2020, a reporting system was inaugurated: coaches needed to update (on a quarterly basis) the profile of each student, assessing their level and – above all – their potential. This tool will allow you to understand if the child will be limited to amateur activities, will be able to participate in friendly competitions, or if she can aspire to something more. This is a crucial step: according to the reporting, the various younger set of players will have a type of specialized training suited to their abilities. Among other things, the technicians working in Strand are in constant contact with those in Stellenbosch: in the last few months they have visited the main office three times. These are fundamental meetings, because they guarantee constant updating and help to maintain uniformity in the training methods between the two locations. 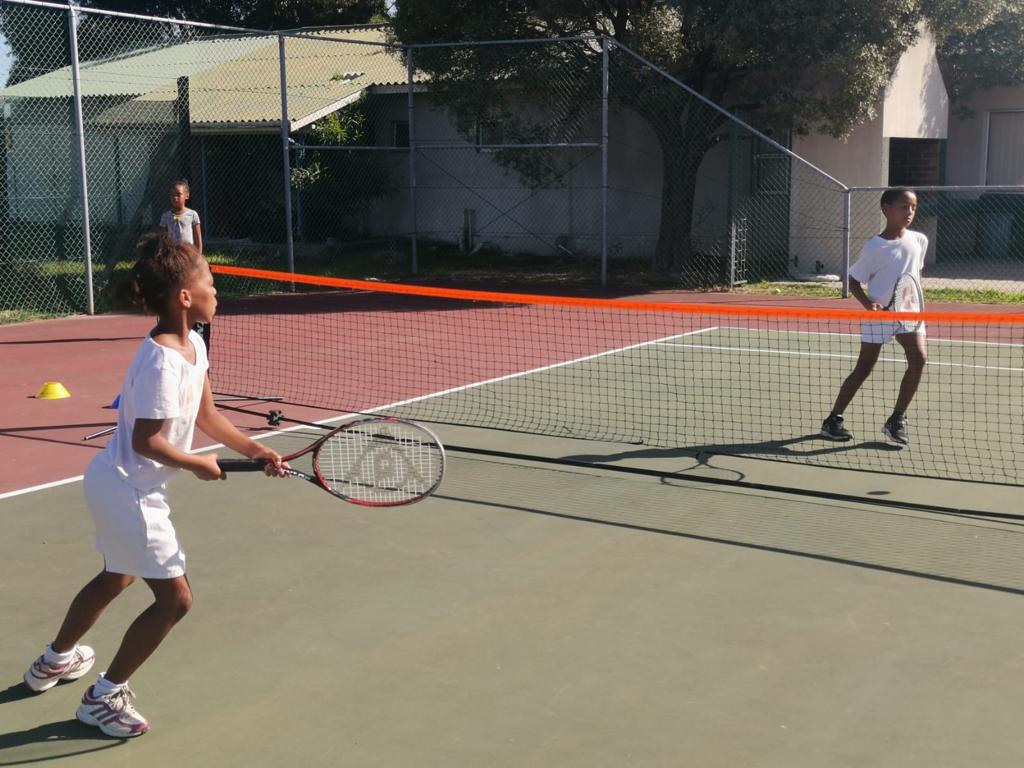 (moment of training in Strand)

But where are potential players recruited? This is an aspect that Federico Coppini cares very much about: children are chosen from elementary schools in particularly disadvantaged areas. Right now, the organization has four primary schools: two in the township of Kayamandi, and two more in the Idas Valley area, that’s near Stellenbosch. While in Strand the TWF is turning its attention to three elementary schools.

All without forgetting an even more dramatic reality such as orphanages.

Recently, the TWF has recruited some boys between the ages of six and 12. Everyone (both those from the schools and the children from the orphanage) will have the opportunity to play tennis for free. The best can then move on to full-time training at the Stellenbosch Academy. Something interesting is already beginning to manifest: a child chosen by the Stellenbosch orphanage has already shown his potential really well.

But how did the recruitment happen?

In March, the Tennis World Foundation gave nine days of presentations at five elementary schools, describing the project and its benefits. Two of these have already started work, followed directly by the foundation's technicians. The work has borne the following fruits.

The boys who did not show interest in tennis were not chosen.

Based on the same tests, 12 new players were added to each school. The group has therefore grown to 48 children. Each child in the group was then "filed" with a photo and technical profile

With this organizational basis, the Tennis World Foundation has set a series of top-level goals. The most ambitious is about creating players of international level. The direct consequence would be to bring more and more players and create an unprecedented tennis movement in the Stellenbosch and Western Cape area. All without forgetting education: TWF aims at a strong integration between tennis and school. And here are the highlights of the new offering from the Tennis World Foundation. Without fear of denial, we can say that this is a project that could change the fate of an entire area starting from racquets and balls. 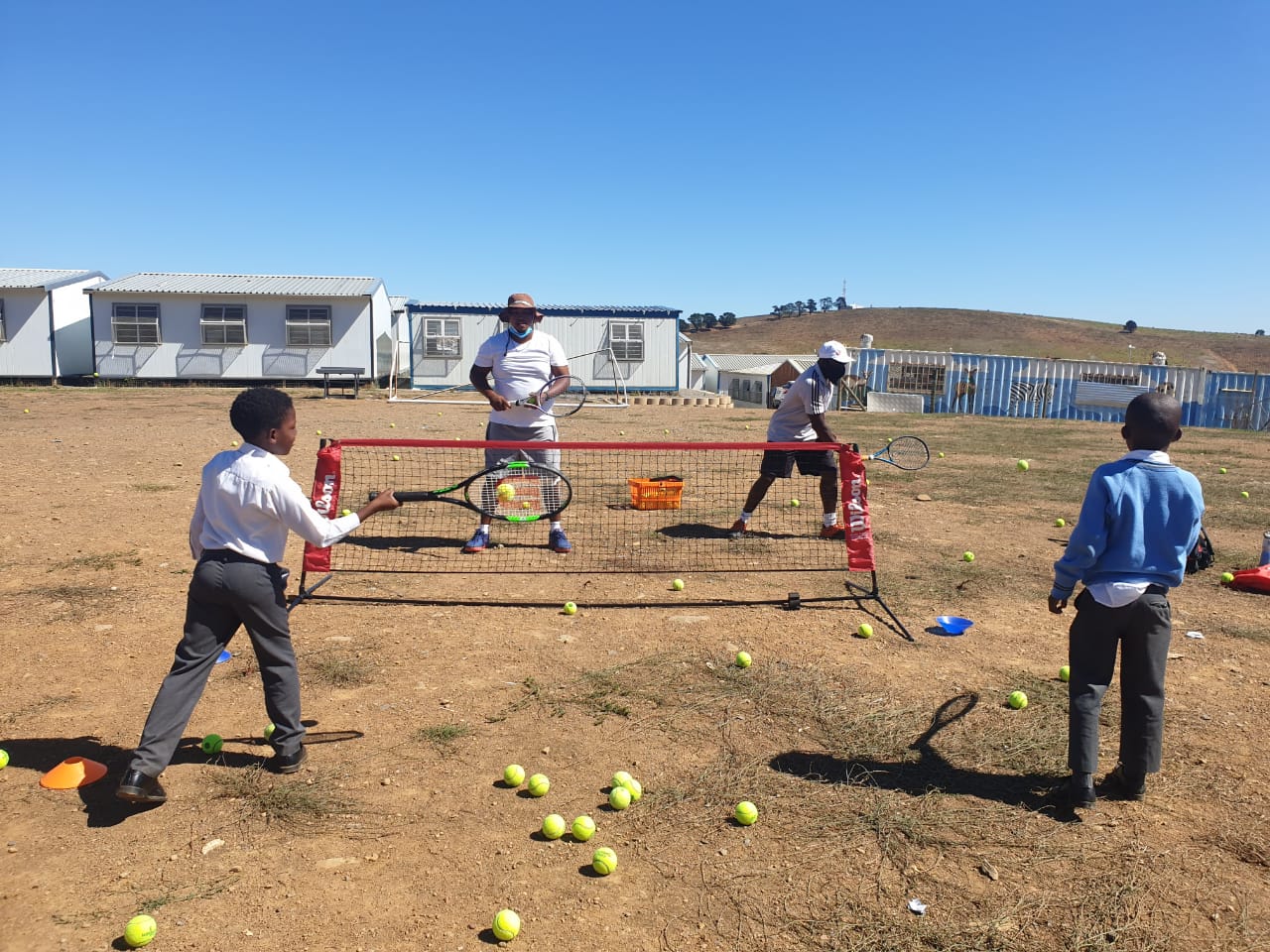 - An Open Day is organized every year in participating schools, dedicated to third grade children. In this way, it will be easier to identify the youngest to be included in the team.
- There is constant support for schools, with weekly training and continuous tutoring of the teachers.
- The best are then trained directly, and are offered intermediate level coaching in the Strand and high-level coaching in Stellenbosch.
- Young people are hosted in the centre of excellence, where their further structural development is planned and overseen.
- Over 30 tournaments are organized a year, which are also having great success.
- New technicians and coaches are trained and developed. In more recent times, eight have been added.
- The most important social aspect: the local economy is supported. The development of the facility will have an effect on the whole community, as new jobs will be created and there will be earning opportunities for all companies indirectly involved in the project: for example, those that offer food services. In other words, thanks to the Tennis World Foundation, the area's activities will increase significantly. 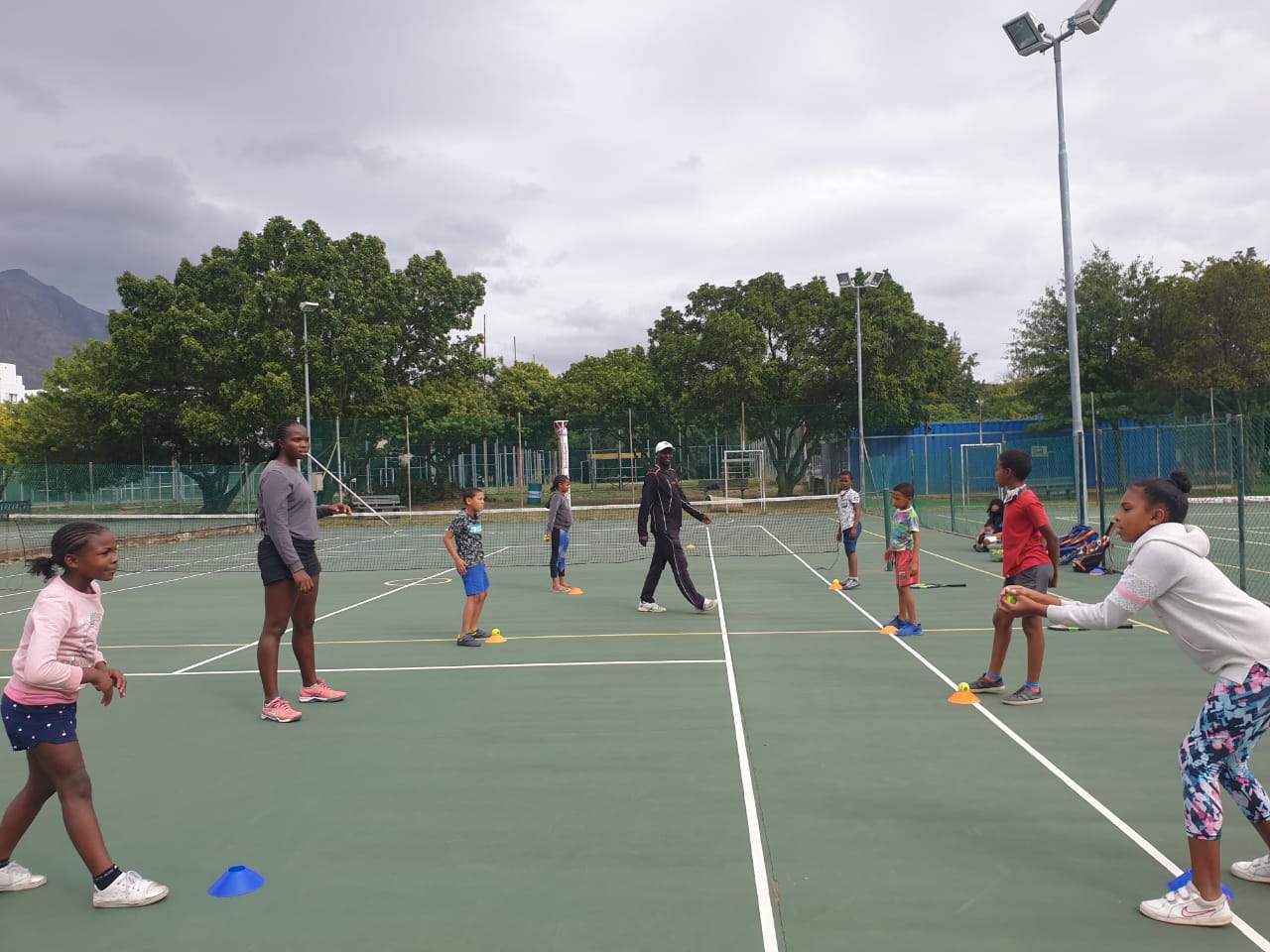 In such a short time since its inception, the Tennis World Foundation has become a reference in the world of South African tennis. It is no coincidence that Tennis South Africa is among the sponsors of the project, with its CEO, Richard Glover, who has joined the foundation's organization chart. An operation of this type requires important financial support: in addition to the substantial initial investment, mainly supported by Federico Coppini, the response of the companies has already been important (in South Africa with Remgro, in Italy by the Salvi company). We also thank the direct help of Danie Morkel who every month helps the Tennis World Foundation with a donation. 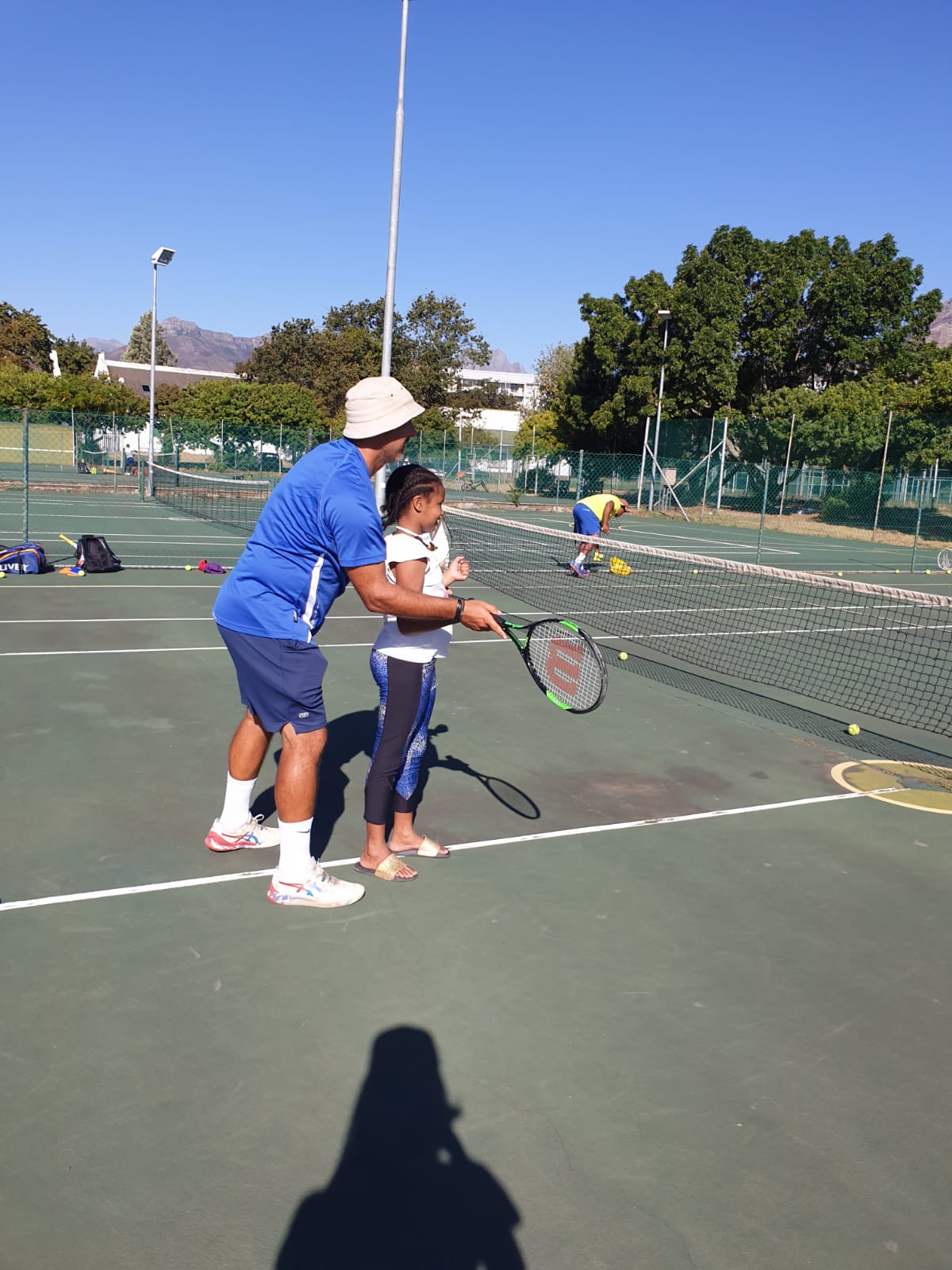 (Federico is helping a girl from Stellenbosch Oprhanage)

But there is a need to grow, according to a very simple principle: the more resources available, the bigger the projects will be. And the greater will be the chances of success.