The maxi-circuit organized by the Tennis World Foundation continues unabated. Virtually every week the Van der Stel Tennis Club of Stellenbosch, South Africa, organizes tournaments in various categories that aim to raise resources for the foundation launched by Federico Coppini, but they are also an excellent tool to revive competitive activity in South Africa.

In the weekend of mid-October, two men's tournaments were played, one was an Open event and the other was reserved for the Under-15 category. The success of the Open tournament is impressive, with its subscribers sold out (30).

Participants really like the format, first a round robin and then a knockout draw. Who is immediately eliminated from the main draw, then has the opportunity to participate in the back draw, a consolation board that allows you to play as many games as possible.

Among other things, the Open tournament offered an interesting prize pool: 1,000 Rand for the winner, 500 for the finalist. On the field, the 16-year-old Ernst Gouws, a true prophet in his homeland, imposed himself, since he is from Stellenbosch.

Worthy of note are the excellent performances of two boys who work full-time at the Tennis World Academy, the structure linked to the Tennis World projects: Wikus Robbertse (19-year-old from Stellenbosch) and 16-year-old Willem Knoesen.

As if that weren't enough, Luca Link himself orbits in the Tennis World environment, albeit not full time. The Open tournament was part of a mini-circuit of four tournaments, in which the top eight will qualify for a sort of eight-player Masters, scheduled for December.

Right now, the Race is led by the winners of the first two stages (Hermanus and Gouws), but the last tournament – on the field from 6 November – could redraw the list of the magnificent eight. Tournament reserved for the Under 15.

After the group stage, the final draw rewarded the young Paul Johannes Roos, who received a splendid birthday present, having turned 14 just hours after winning the tournament. The Tennis World Foundation staff are increasingly excited about the growth of Oyama Fikiso.

Results in hand, the 13-year-old from Stellenbosch is the most talented boy produced to date by the Foundation, and it is to be believed that he will still be able to grow, not only physically, given that he is still quite small (he is 1.65 metres tall weighing 45 kg ).

Fikiso hadn't lost a set until the final, but then he surrendered to Roos with a score of 4-3, 4-2. With this result, Fikiso moved to fourth place in the ranking valid for the year-end Masters. 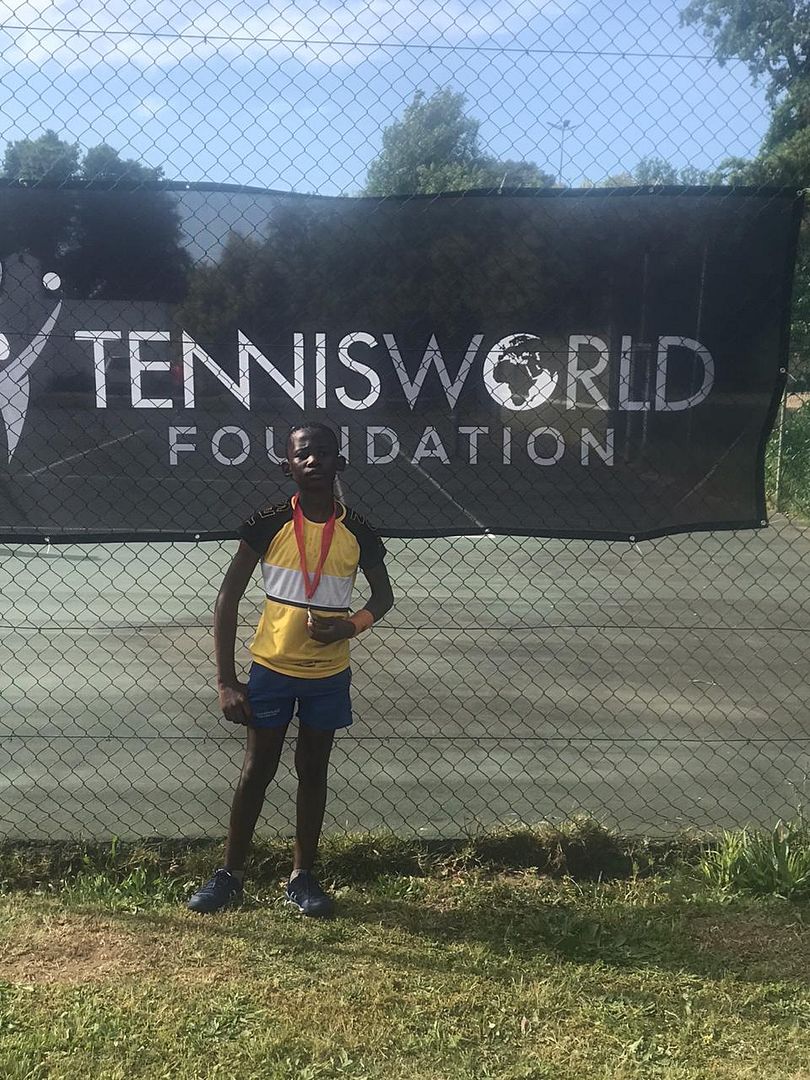 Having said that all matches are played with the Next Gen formula (four-game set, no advantage, tie-break at 3-3 and super tie-break instead of the third set), and that they are valid for building the ranking in the ranking global UTR, it should be remembered that the Tennis World Tour is attracting increasing interest, even at an institutional level.

Witness the fact that the latest tournaments have been directed by referee Clement Prins, who holds the role of match official on behalf of Tennis South Africa, the South African federation. While waiting for the next tournaments, the figures are already interesting: with 230 players involved, 9636 rand have already been collected for the initiatives of the Tennis World Foundation.

All proceeds, with the exception of out-of-pocket expenses, go to projects linked to the foundation that is creating an increasingly important name throughout Africa. The results are good, but we are just getting started.