One of the many virtues of the Tennis World Tour, a maxi-circuit organized by the Tennis World Foundation, is that it has a great continuity: started in September 2020, it will last throughout 2021 until the final “Masters”.

In this way, it is possible to constantly check the progress of the various players, especially the young ones. After the Christmas break, the TWT has restarted with three youth tournaments played on the weekend of 8th-9th January.

Competitiveness is the best way to regain confidence in the game after the inevitable slowdown for the holidays. We usually give priority to men's tournaments, but this time the spotlight is on a girl. Shiloh Daniels deserves it because she continues to pass over her opponents like a tank: winning the third tournament in a row, she created a chasm between herself and the others in the Under-13 ranking.

If in December she hadn't lost a single game, this time the path was slightly more challenging: she lost eight in the whole tournament, with her most difficult match coming against Lizè Buys in the semi-finals.

Buys forced Daniels to a tiebreaker in the first set, only to surrender with a score of 4-3, 4-1. Apart from the results, the growth of the 13-year-old from Stellenbosch (she turned 13 two days before Christmas) is unstoppable: she is certainly one of the most interesting products of the Tennis World Foundation - Tennis World Academy, which is intensifying its activity: in addition to work in Stellenbosch, a project was also opened in Strand. 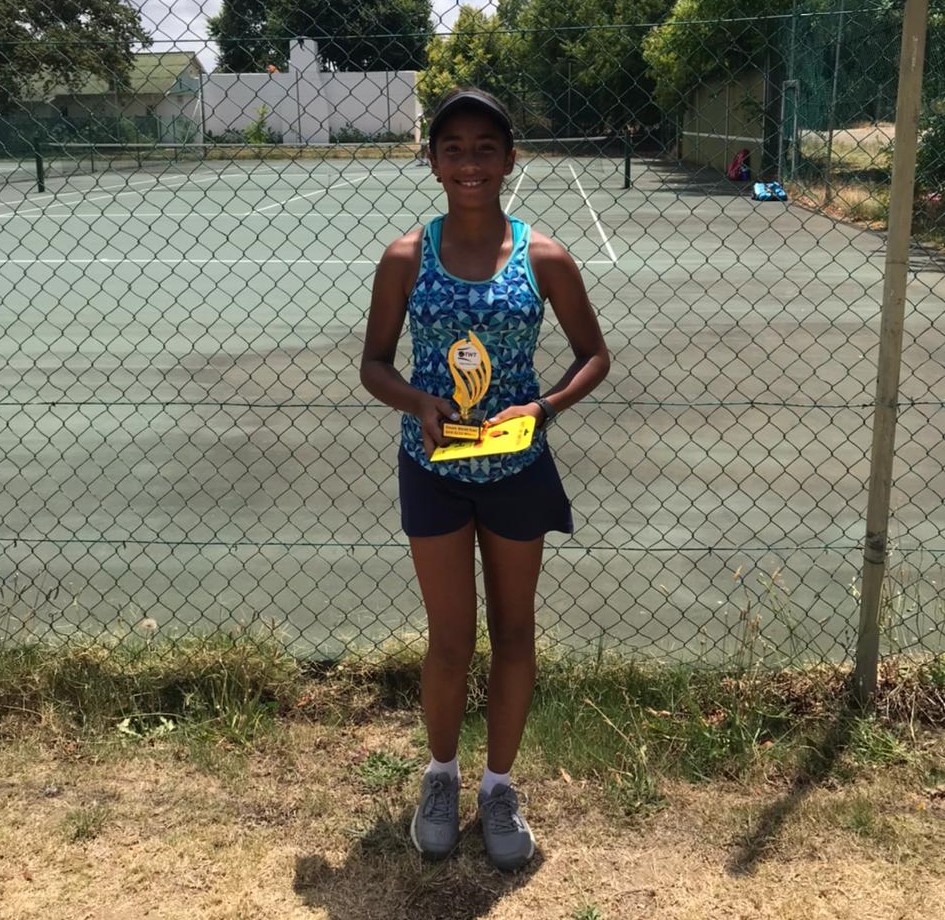 In the three tournaments on the field, there were six boys (four boys and two girls) from the TWF project. These are even more important results than the competitive ones: without the help of the foundation, in fact, they would never have had the opportunity to play tennis.

And the results of Daniels, as well as many other students of Federico Coppini, are a catalyst of attention for the initiative. As mentioned, Daniels has 36 points in the women's ranking whereas the next ranked player has 10.

However, she has been impressive in her march: out of the four tournaments played, Daniels has won three and picked up a final (in the inaugural event, played in September). Will she be able to maintain this pace? The boys from Coppini's academy also proved their worth in men's tournaments: among the Under-11s there were two semi-finalists: Giacomo Coppini (Federico's son) and Alex Frenkel, a new entry in the team.

The tournament went to Newell Jason, who was a finalist in the December event. With this success, the Somerset West boy (he will turn 11 in April) leaps to the top of the overall standings. 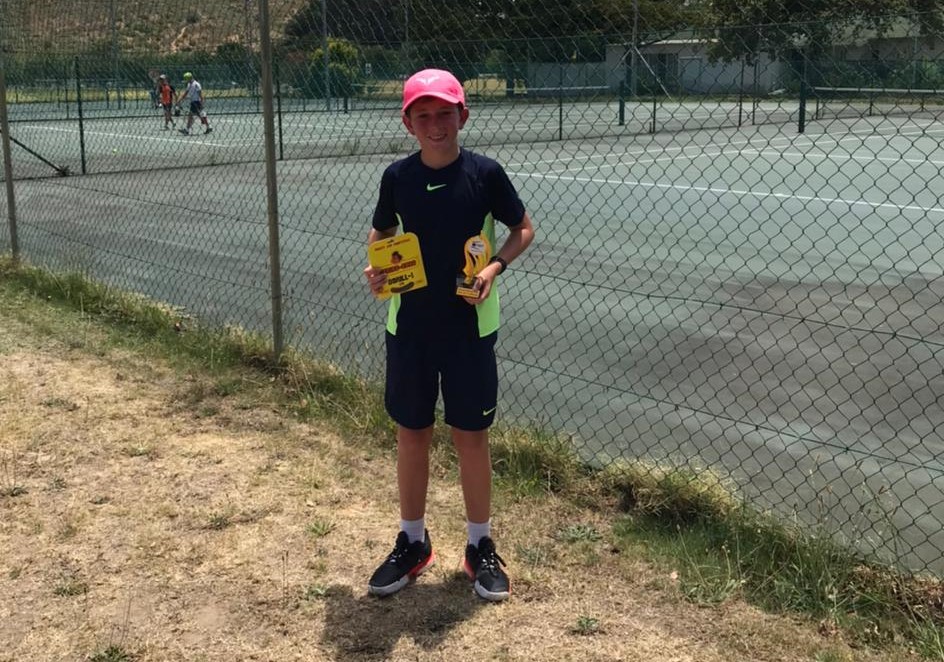 There was an Italian success in the category of the older children, the Under-15s: Alessandro Panzeri, 14, played a really convincing tournament and did not lose a single set, even if he had to fight in the final against his coeval, Raynard Kamffer (4-3, 4-2).

Given the large turnout of people at the Van der Stel Club in Stellenbosch, the organizers jumped through hoops and managed to close all the tournaments in two days, guaranteeing tennis for all participants and a very intense show for the public.

But that's only the beginning. 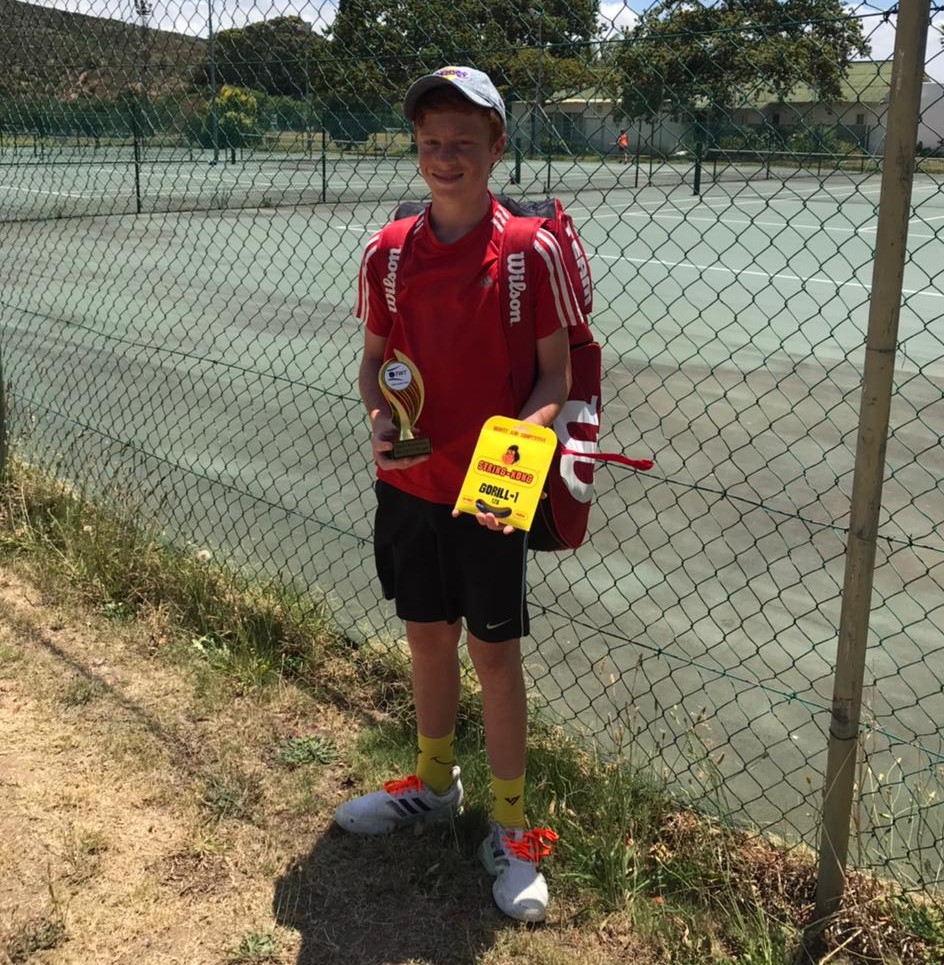 The next round of tournaments will start on Friday, 22nd January and there will still be room for the youngest players: this time the little ones will also be involved (Under-11 and Under-13, both boys and girls).

The organizational vivacity of the Tennis World Tour is truly remarkable: there are very few similar realities around the world, but none can boast such a social and humanitarian commitment. While it's nice to appreciate the progress of Shiloh Daniels and all the other younger tennis players, don't forget the main purpose of the project.

In virtue of this, it is important to remember that the fundraising has reached 16,896 Rand. Considering that we are not even one third of the way around the circuit, the hope is that we will be able to increase the number as quickly as possible.

And at the end of the month the Open tournaments will return, with no age limits, therefore with more potential participants. All information is available – in detail – on the website www.tennisworldtour.org CIRCUIT RANKING AT 10th of JANUARY 2020 UNDER 11 BOYS