There is a figure that is more striking than any other: 277. This is the total number of players who have joined the Tennis World Tour, decreeing its success. This was unexpected for such a challenging project (a circuit of 70 tournaments spread over fifteen months), that too in a country such as South Africa where things are not so simple.

After giving way to youth tournaments between December and January, the TWT’s Open tournaments – which as the name suggests, are open to all – have resumed. Last weekend two tournaments were played, one traditional and one "B", that is reserved for those that have a "Power TWT" lower than 51.

This has been a good idea: in this way the players are divided according to their level, and balanced and fun games are guaranteed, both for the players and the spectators. 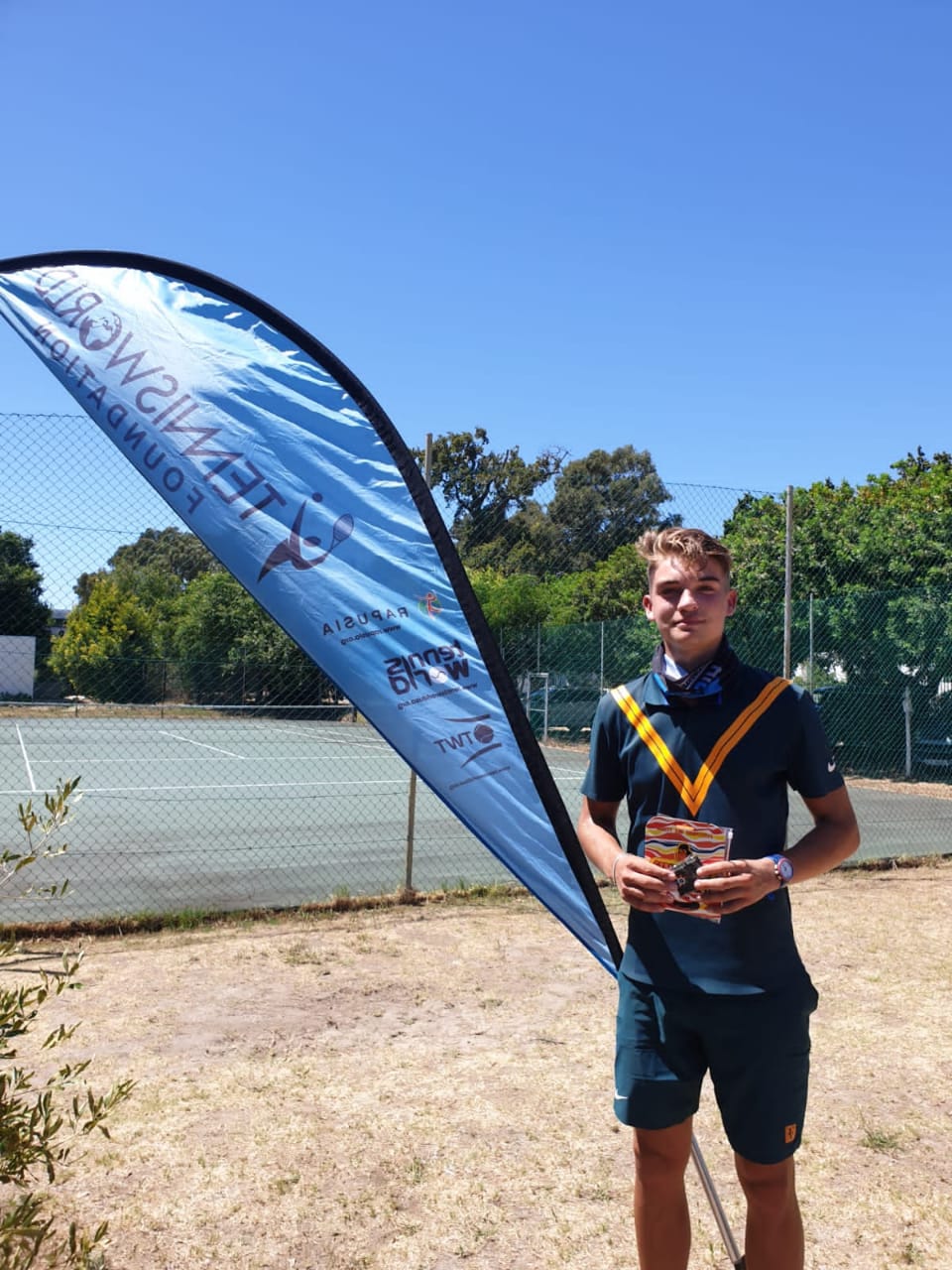 In stage A, Luca Link, 17-year-old from Somerset West, who had already made himself known in October, when he had surrendered in the final to Ernst Gouws, won.

This time Link beat John Burton with a score of 4-3, 4- 1. Along his path, Link played a difficult and balanced match against Federico Coppini (organizer of the circuit and founder of the Tennis World Foundation). This was a battle that ended only in the super tie-break, which Link won 4-3, 1-4, 10-8.

Last fall, Link had begun to orbit the Tennis World Academy environment: now the relationship has consolidated and the results have not been long in coming. With this success, he took the lead in the “Open” classification with 16 points. 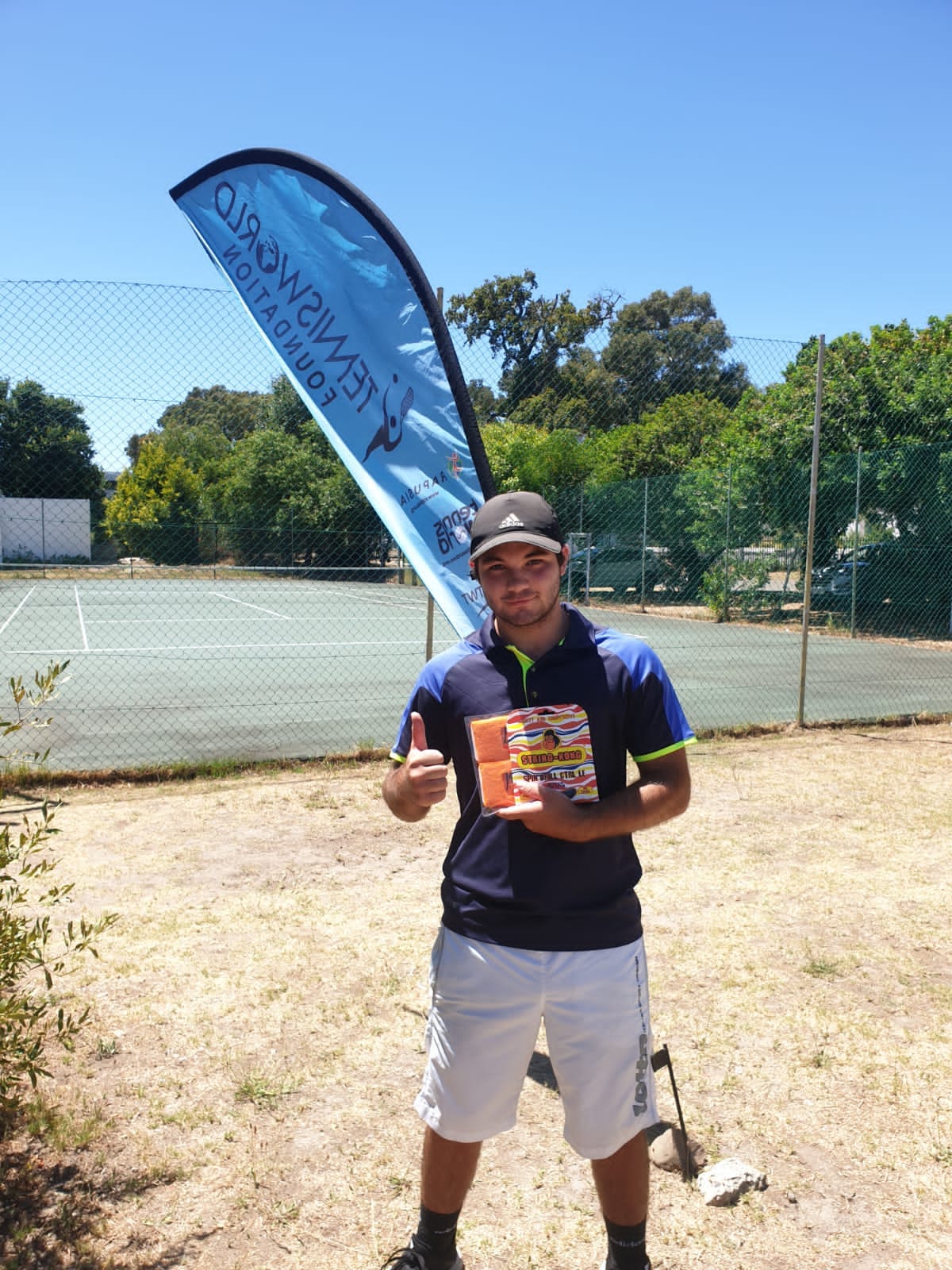 The Race will end in November 2021, when the top eight will compete in a real Masters event. There is still a long way to go and there is room for everyone, as only four of the 13 scheduled tournaments have been played.

It means there are still nine stops to hunt down Link, Hermanus, Gouws and Wessels, winners of the first four tournaments. The next event will be held around Valentine's Day, the day of lovers. The word love well describes the spirit of a circuit that has already hosted 22 tournaments with a mainly charitable purpose: at the time of writing, 18,996 Rand have been collected, as the result of 22 of the 70 scheduled tournaments.

The B tournament was also very interesting, in which some growing players were seen at work. Luca Ferreira, 18 from Somerset West (he will turn 19 on February 22), imposed himself in the event. His illustrious surname is particularly striking, as he shares it with the legendary Wayne Ferreira, who is not only one of South Africa’s greatest tennis players but who was also a fantastic player of the 90s, ranked in the top-five of the ATP rankings.

The young Ferreira had to sweat a lot, giving life to the most hard-fought match of the entire TWT: in the quarters he fought until the 16th point to get the better of Adams 14-12 in the super tie-break. The final against 28-year-old Shaun Griesel, who was again beaten only in the super tie-break, 10-8, was not a walk either.

These results outline the competitive drive of all the participants: if it is true that the Tennis World Tour was born with high and perhaps nobler goals, when you take the field there is always the desire to fight and win.

Tournament B points are valid for the final standings, so at this moment Ferreira fully enters the fight for the Masters. It will be truly an exciting battle, starting with the next stage. The feeling is that everything is open and that there will be twists.

Meanwhile, the circuit goes on: January will close with four youth tournaments, for both boys and girls, in which the younger groups will be involved: The Under-11s and Under-13s. From January 30, therefore, it is recommended to visit Van der Stel Tennis Stellenbosch Club. For anyone who loves tennis, it will be time well spent.