The Tennis World Tour is divided into two main areas: the “Open” tournaments, i.e., the ones without age limits, and the youth tournaments. Both have the aim of raising funds for charitable purposes, but from a technical point of view the purposes are different: youth events are the ones that offer greater prospects to the participants.

Among these youths could be hidden some talented gems, perhaps with a potential future in the world of tennis. For this reason, the TWT organized by Federico Coppini's Tennis World Foundation is particularly valuable, as it offers many young people – including those who are less fortunate – an opportunity to play at a competitive level in a difficult country like South Africa.

Furthermore, young people between 10 and 15 years are in full evolutionary phase, so their progress in tennis can be appreciated very quickly, even between one tournament and another. The results of the tournaments played over the weekend of February 6-7 at the Van der Stel Club in Stellenbosch should be observed in this spirit.

For the occasion, space was given to boys in the Under-11, Under-13 and Under-15 categories. Once again, the boys of the Tennis World Foundation stood out. The character of the weekend was the very young Matthew Van Graam, a 10-year-old boy who unexpectedly pushed himself to the final.

This was a really surprising result, and he matured starting from the round-robin stages and the biggest fructification of his game in his success against Giacomo Coppini in the quarter-finals, a thriller of a match that ended only 11-9 in the super tie-break. 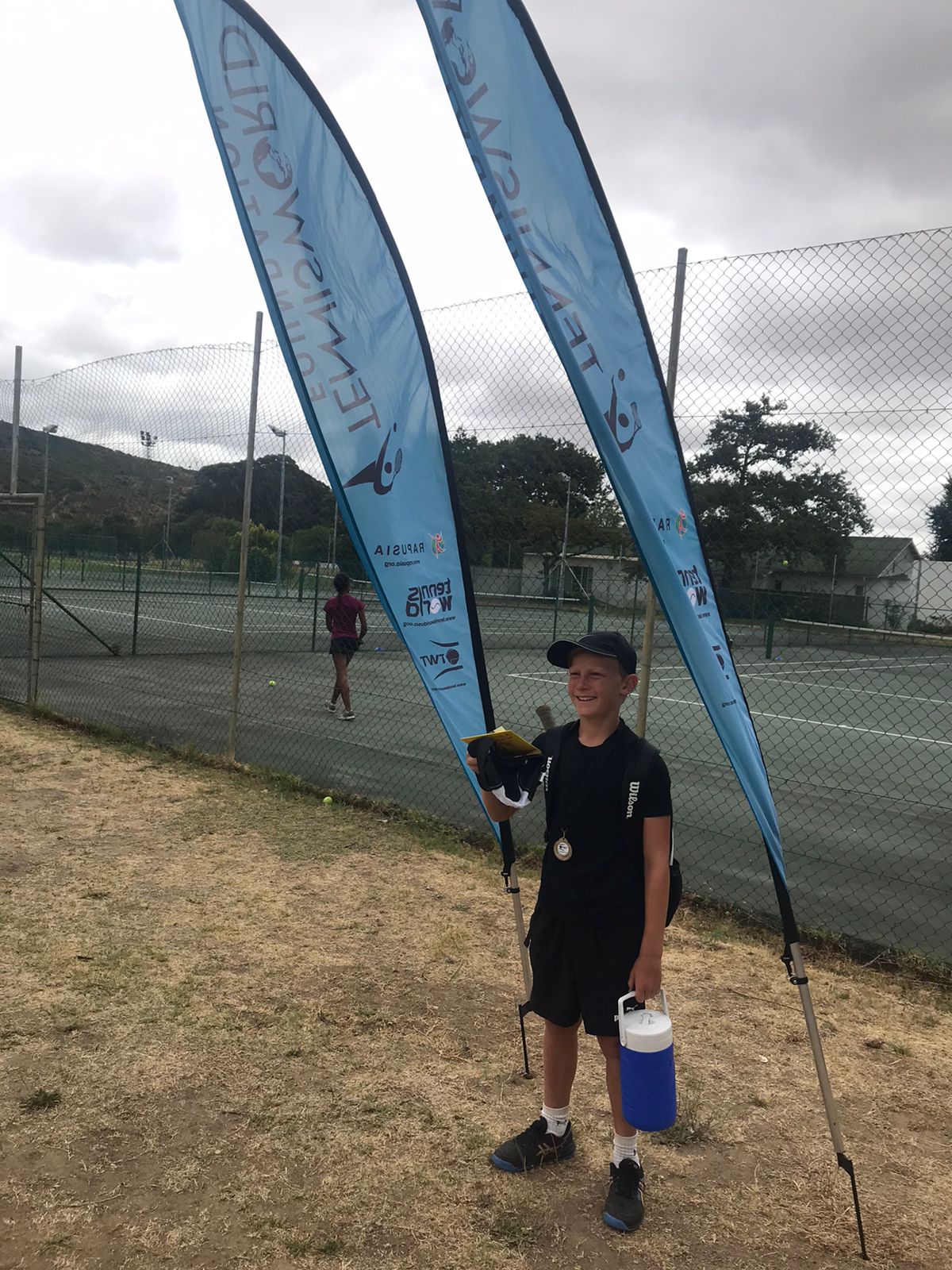 Maybe, Van Graam was a bit tired but in the final he just picked up one game against Jason Newell, the real ruler of this circuit. Newell hasn't lost a set in the entire tournament and has taken off in the overall standings by virtue of great results in the last three tournaments, in which he has collected one final and two wins.

There is still a lot to play (before the Masters there are still eight stages), but the feeling is that Newell has an edge over his peers. 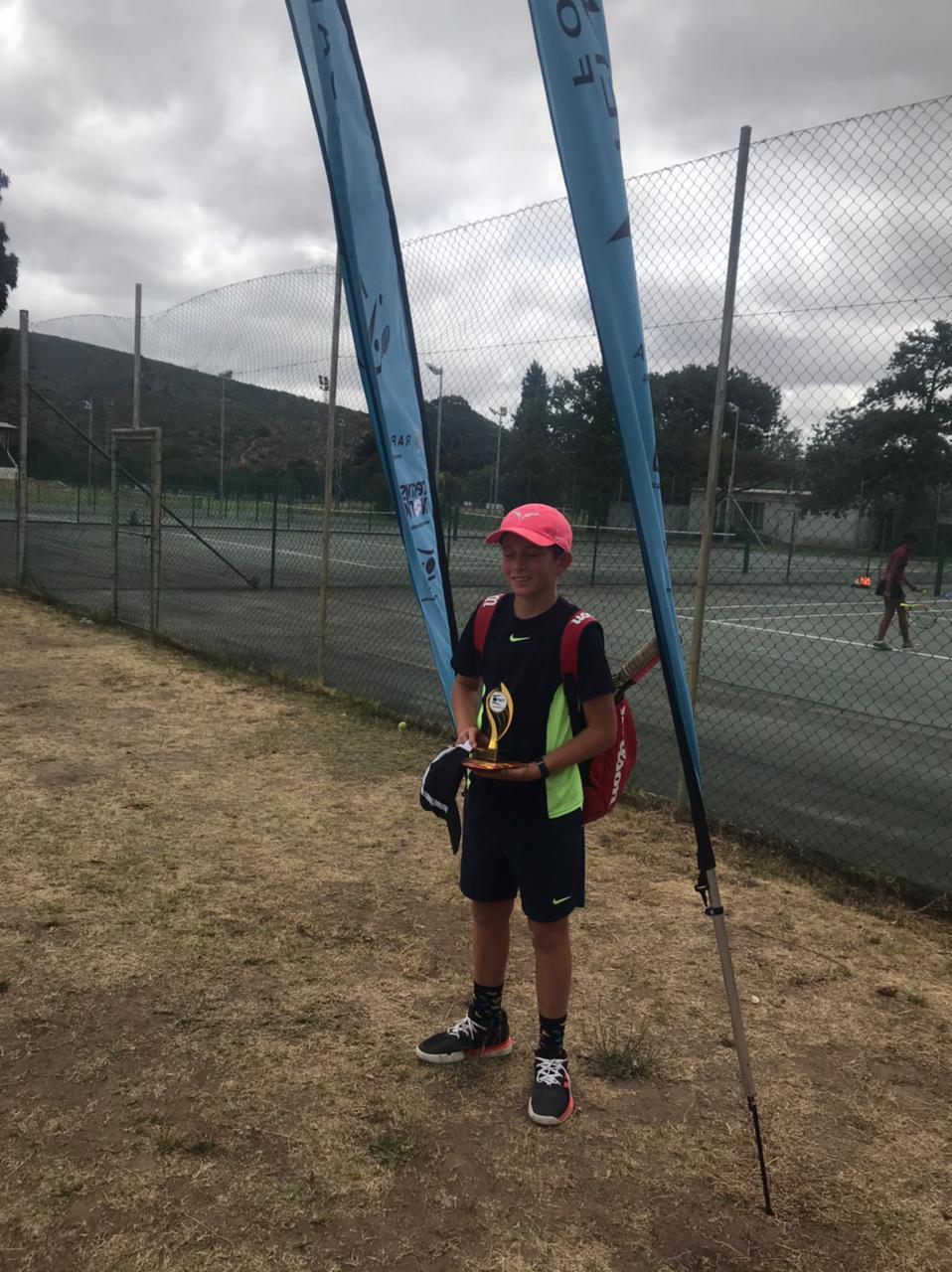 Furthermore, he should have one opponent fewer: the Under-13 tournament, in fact, was won by Nicolas Lourens, a 11-year- old from Somerset West who entered the next age category on January 1st.

In October he had won a stage on the Under-11 circuit, while now he has made his debut in the Under-13 circuit. 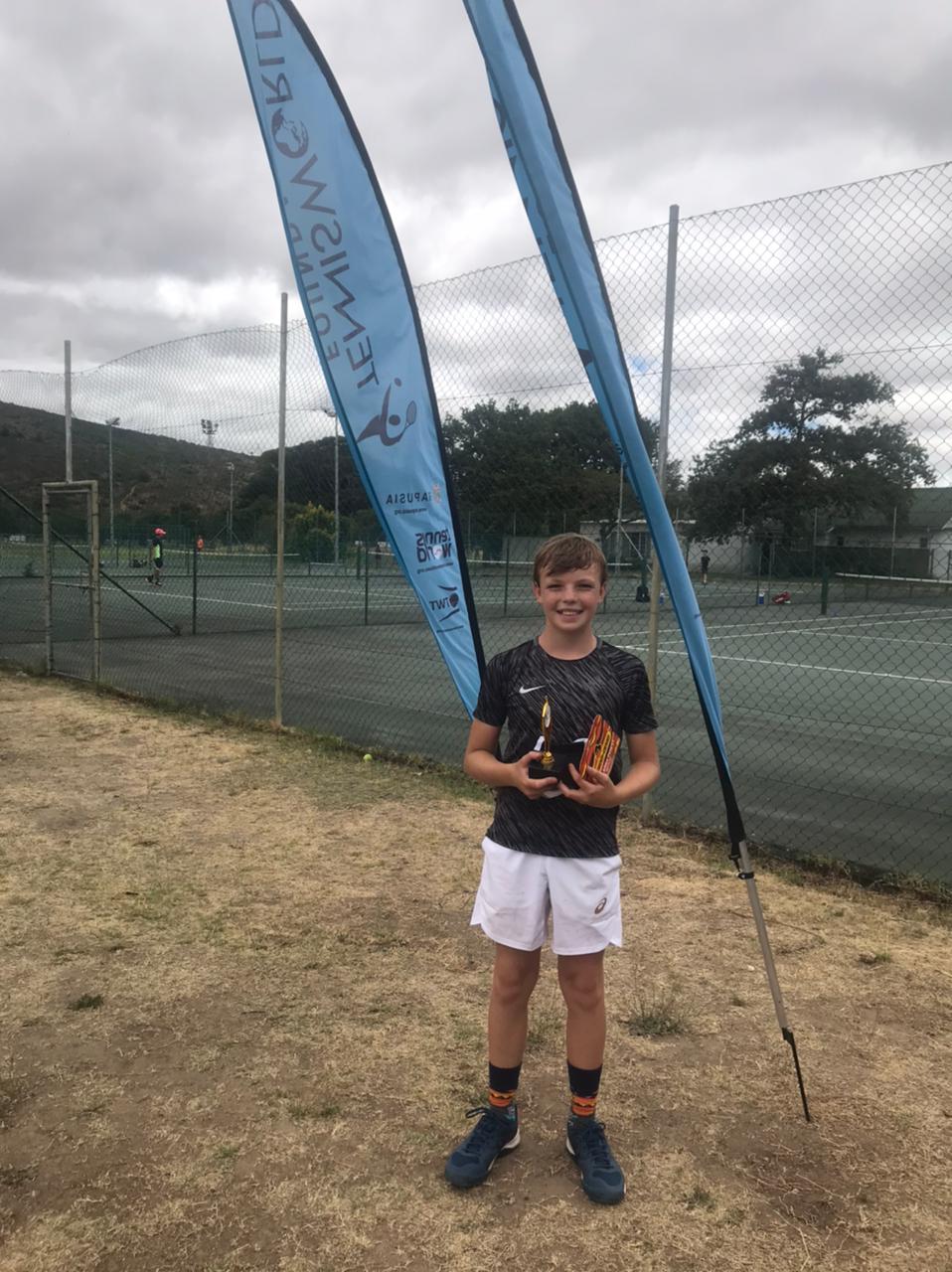 Lourens started with a bang, winning the tournament immediately. It was not an easy path, because he had to recover from a set of disadvantages both in the quarter-finals and in the semi-finals.

Paradoxically, the simplest match was the final against Izak Burger, whom he beat 4-1, 4-2. With this success, Lourens leaps directly to fifth position, in full swing for the Masters. As mentioned, there are still eight tournaments between now and November and, as of now, he seems to have all the credentials to make it.

For the Tennis World Foundation, however, the greatest satisfactions came from the Under-15 draw. Zachary Parsadh, a boy who is part of the foundation's project and who can be considered, for all intents and purposes, a TWF product, imposed himself. 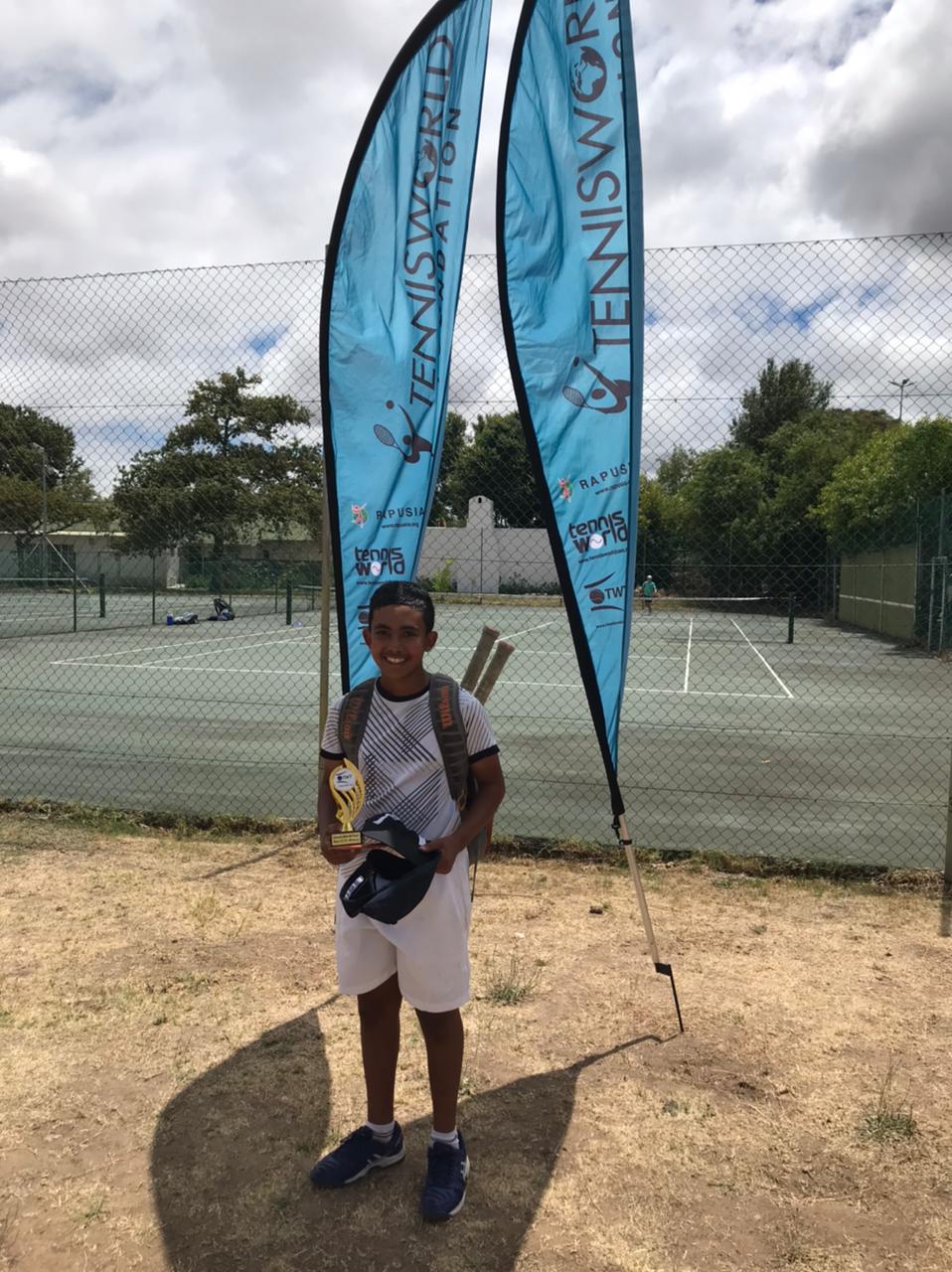 February was the first tournament in which Parsadh scored points, and he jumped directly to the eighth position, the last ranking for the Masters’ cut-off. It is a success of considerable technical value, as in the final he overtook the other student of the Tennis World Foundation, Olivier Provoyeur, the only player (together with Radkov) to have collected points in all the tournaments that have been played.

It means that Parsadh's progress has been very remarkable and he has already reached an excellent level, showing considerable room for improvement. Now the circuit will restart with some Open tournaments defined as “Australian Open” to honour the period of the first Slam of the professional tennis season.

To see the boys again at work we will have to wait until the end of February. To close, the numbers of the circuit, always growing: the number of players involved has risen to 286, while the money raised to support the projects of the Tennis World Foundation has reached 21,896 Rand.

That's a lot of money, but every single unit can make a difference. For this, it is necessary to move forward with even more enthusiasm.