Saturday 27 February was a special day. About six months after the birth of the Tennis World Tour, the Van der Stel Tennis Club in Stellenbosch hosted the first tournament reserved for super-youngsters, the Under-9s. A novelty strongly desired by the organizers: the match is an excellent way to get used to the children in real scenarios, very different from simple lessons.

At that age, the result does not count, but for the record, it is appropriate to report the victory of Alexander Pieber, who thusly emerged from a mini-scoreboard of four players. In the final he beat Boris Radkov with the score of 4-2, 4-2.

Great satisfaction for the Tennis World Academy team, as Pieber (who will turn nine on May 14th) trains in Stellenbosch. 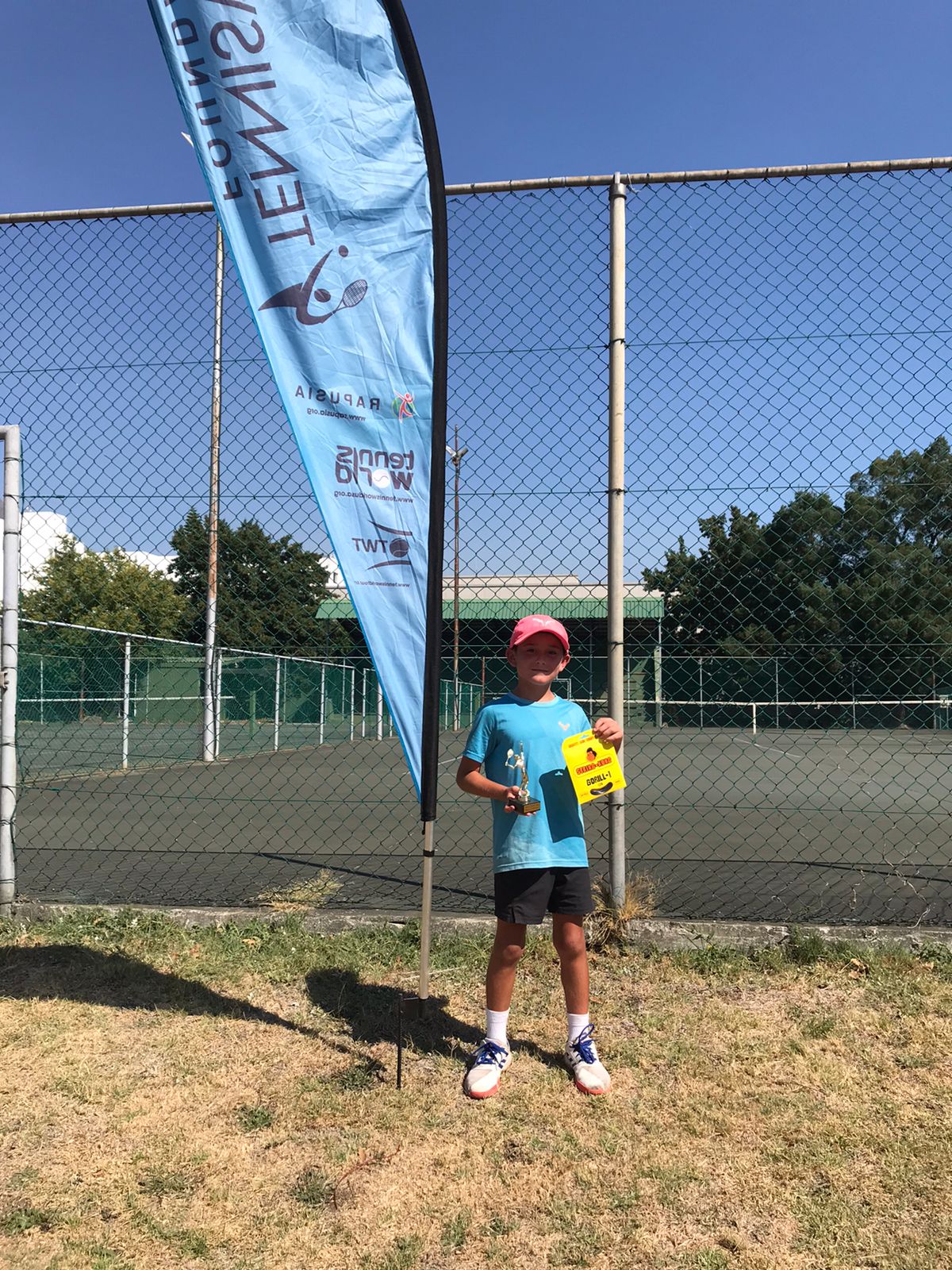 In addition to the first Under-9 tournament, three other boys’ draws were played: Under-11, Under-13 and Under-15.

Among the eleven-year-olds, the presence of a dominator seems clear: Jason Newell. The 10-year-old from Somerset West won the third tournament in a row and took off in the overall standings, confirming a remarkable competitive spirit.

However, a potential opponent emerged on the horizon: Giacomo Coppini, Federico's son (who’s the organiser of the circuit). In fact, in the round robin, Coppini Jr. managed to beat the South African. The two then found themselves in the final and the score was reversed (4-2, 4-1 for Newell), keeping in line what has been happening – for decades now – even at the ATP Finals, where whoever wins in the group is often beaten in the final by the same opponent.

Coppini suffered the thrill of the first final, he took the field with a pinch of nervousness and this favoured an opponent who is more used to this type of matches. 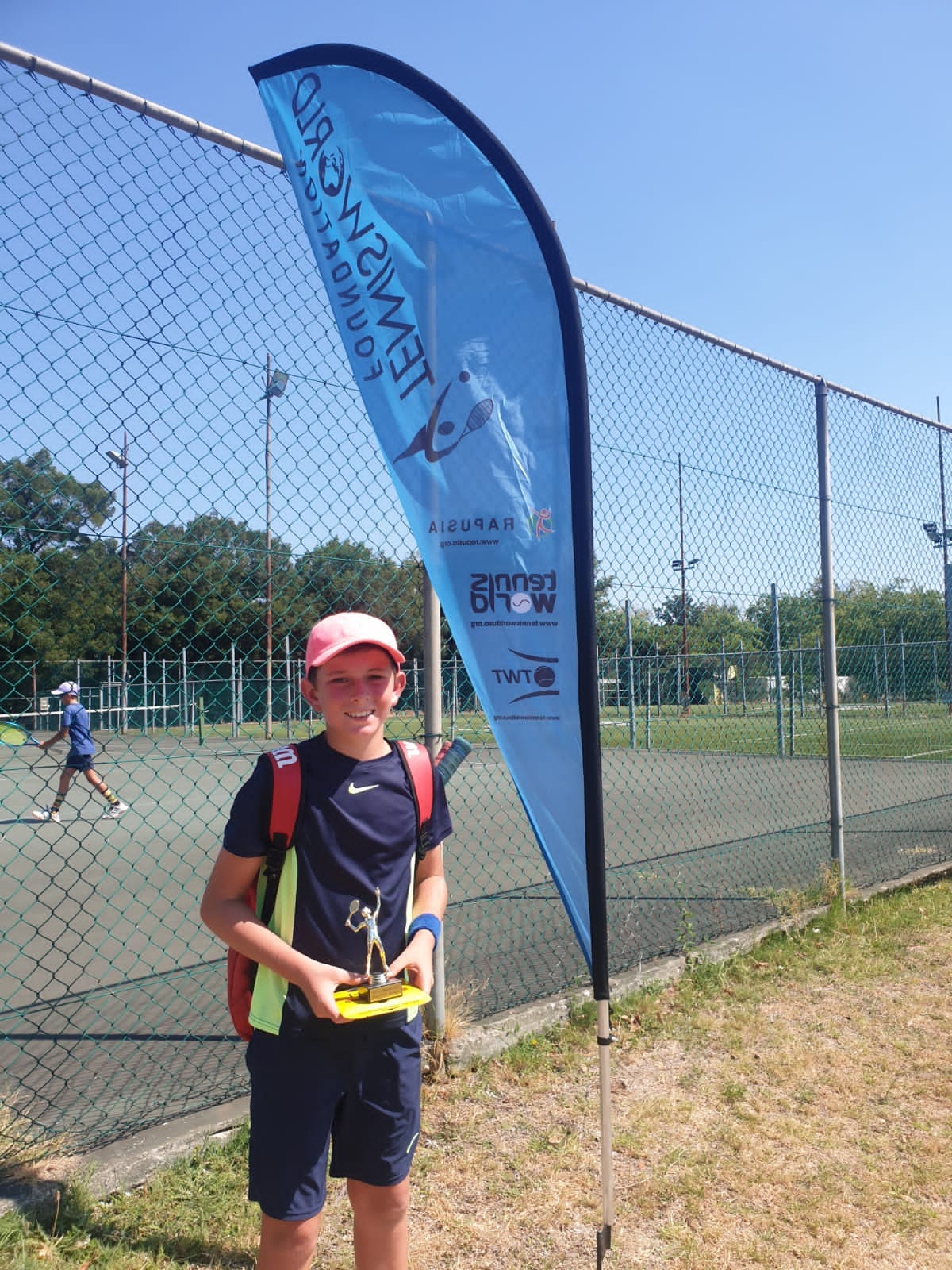 There was also interesting news from the Under-13 category, in which the winner was...

a girl! Well, yes, given the organizational flexibility of the TWT it was possible to allow Shiloh Daniels to participate in a boy’s tournament. She is already a star in the women's field (she has won three tournaments in a row), she has also imposed herself in the boys’ field.

Daniels is probably the star of the Tennis World Academy: to evaluate her progress, her technicians sent her on the court against the boys and were amazed by her technical growth, as well as by the ability to manage the match.

“She played a perfect tournament,” was a refrain by everyone who followed her match. 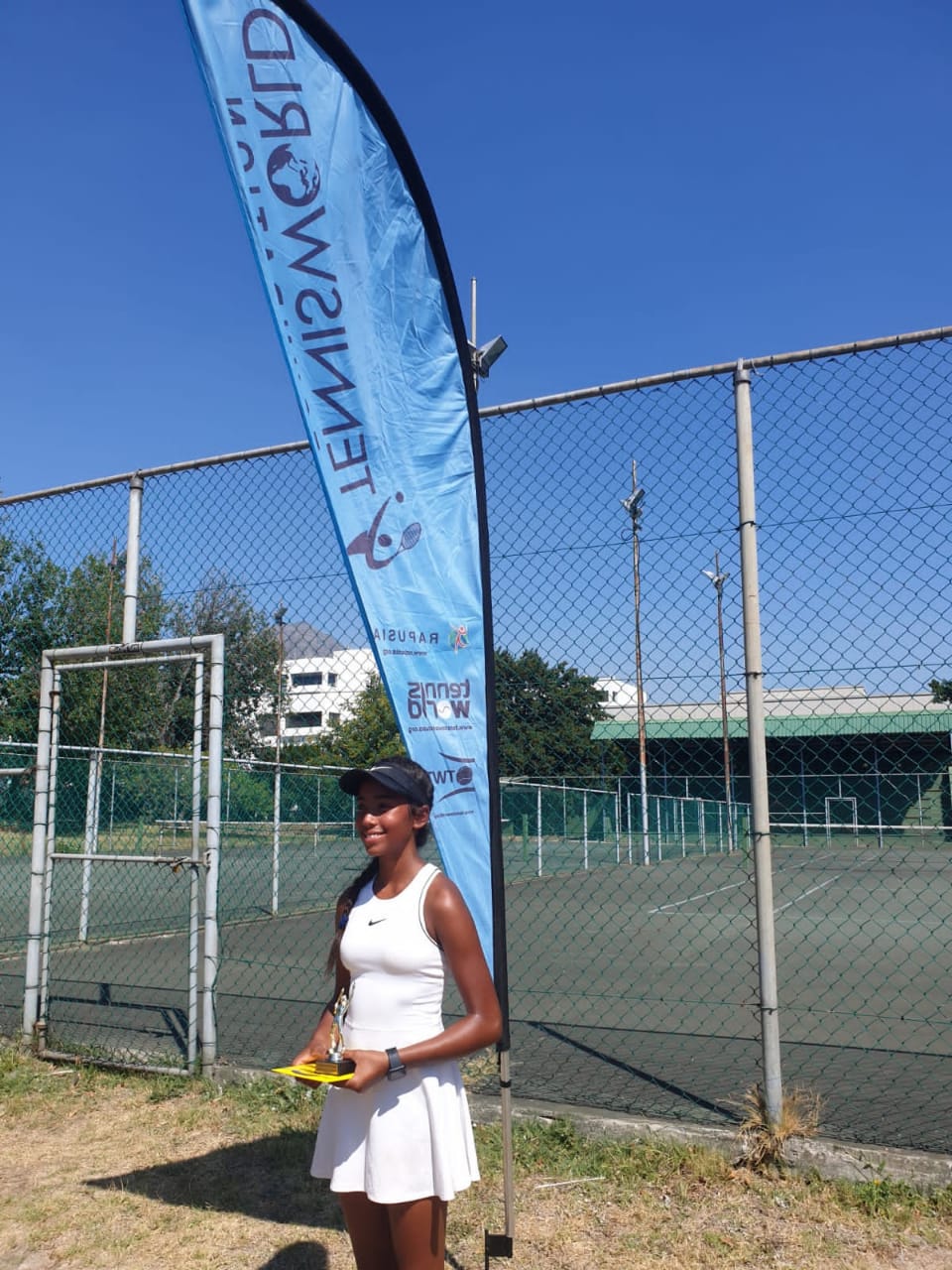 They all hit a great backhand and a very good first serve, but what makes the difference with Shiloh is her mental stability.

Apart from her technical skills, in fact, it was not easy to manage the engagement against the boys. She did it perfectly, beating Ethan Pieber (Alex's older brother, winner of the Under-9 tournament) in the final. She finished 4-2, 4-3, winning the second-set tie-break 7 points to 5, managing to do it with the air of an already experienced player.

The 13-year-old from Stellenbosch confirms herself as a rough diamond on which it will be important to work in the right way. And there is no doubt that the Tennis World Academy is the ideal context to make this happen. There was success for the boys of the academy even among the older ones: Italian Alessandro Panzeri won his second tournament after the first in January, taking the lead in the general classification.

In the final, there was a derby between Panzeri and his fellow academy attendee, Oyama Fikiso. The latter can play thanks to the support of the Tennis World Foundation, which is the driving force behind the creation of the TWT. 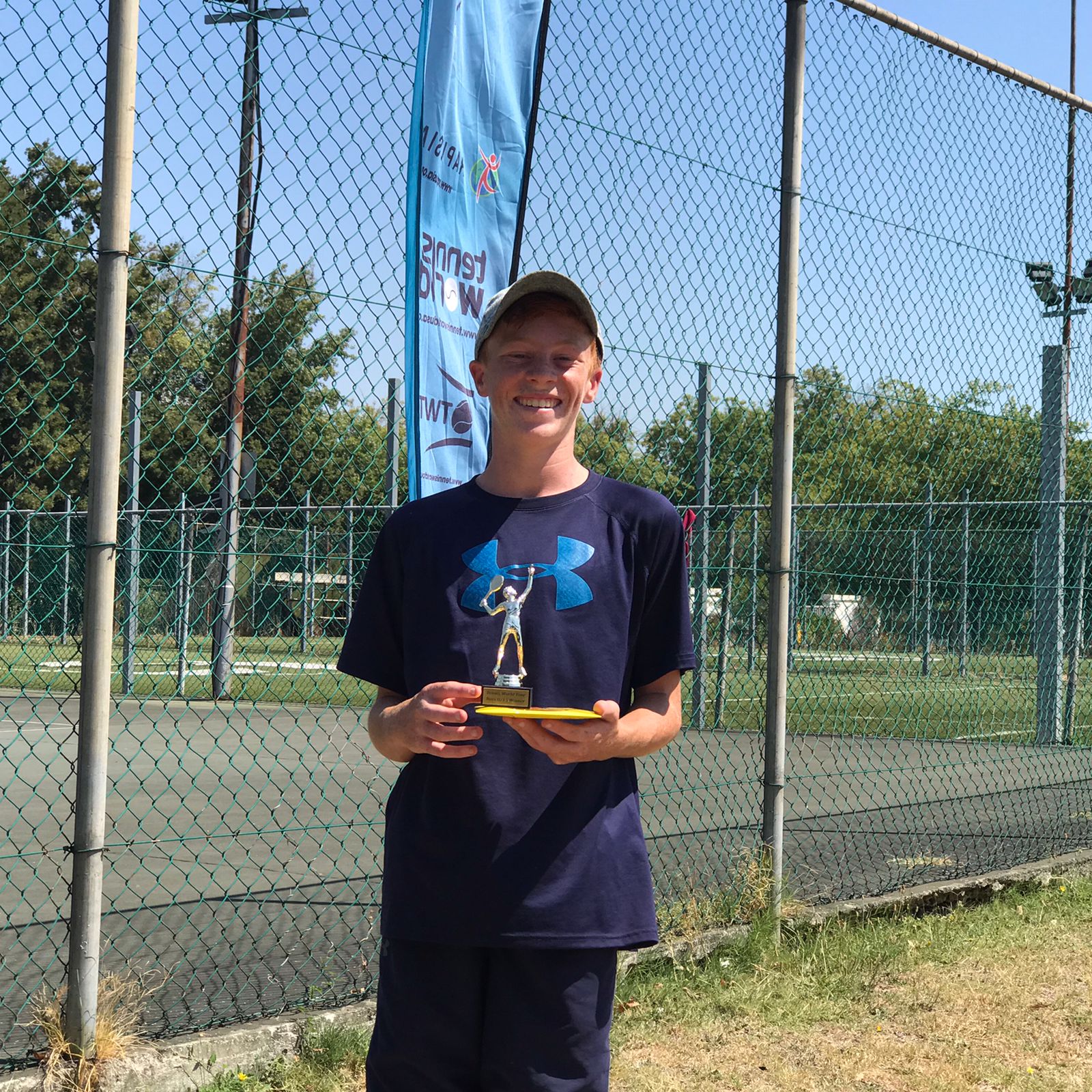 Fikiso had already reached the final in the October tournament, but on this occasion, he showed important signs of growth. He showed these in the tough semi-final against Parsadh, that he won 10-7 in the super tie-break.

More generally, there is a remarkable balance among the Under-15s. Panzeri himself took a big risk in the quarter-finals against Raynard Kamffer, who won the second set 4-0 before conceding in the super tie-break. The feeling of balance is confirmed by the numbers: just think that the top-seven players of the general classification are bracketed within merely nine points.

It means that a single stage can be enough to revolutionize everything. 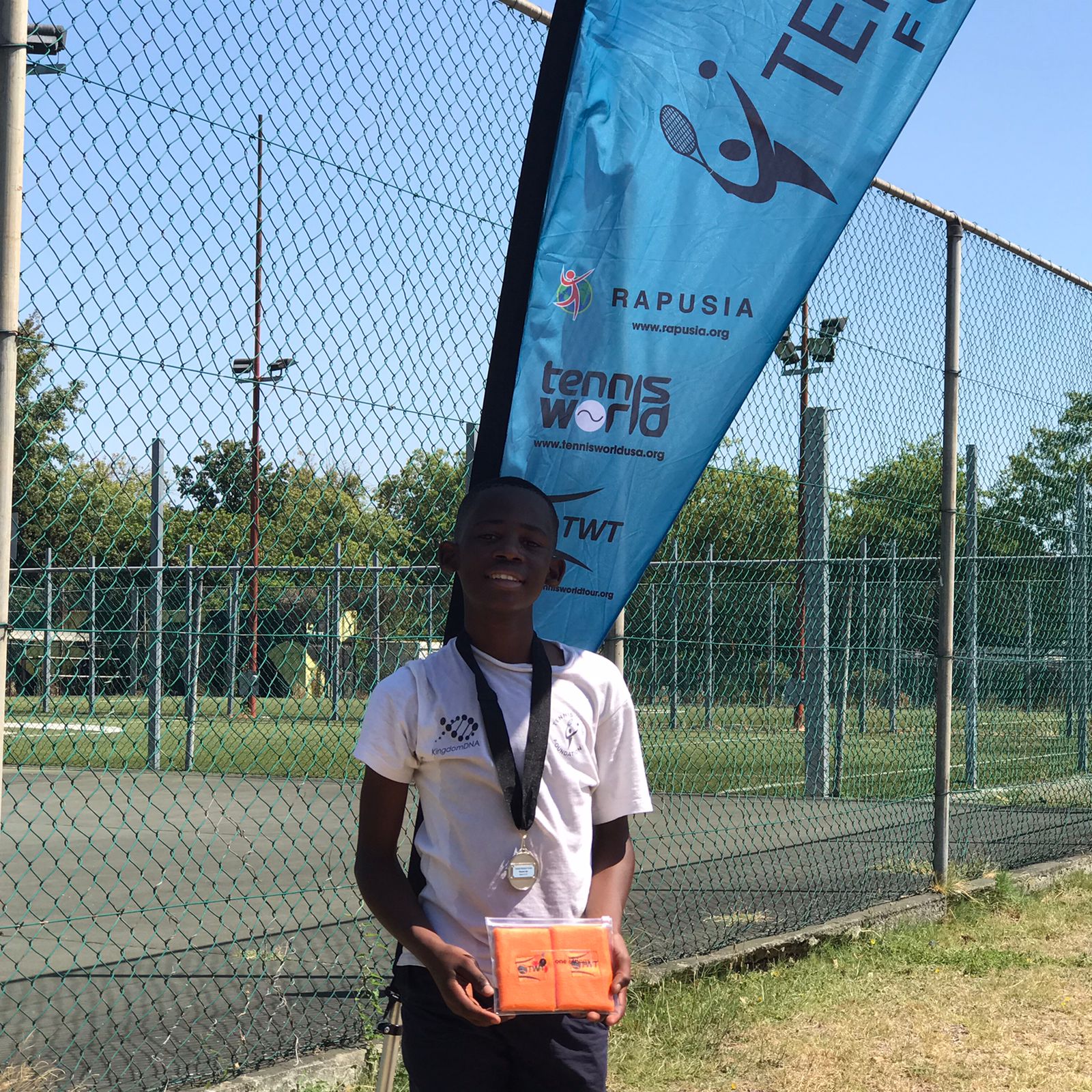 In short, the Tennis World Tour continues to carry out its task in the right way: to raise funds for charity (we have reached 23,296 Rand) and to offer many young people the opportunity to improve their level, tournament after tournament.

The next stage will be played on the weekend of March 20 and there will still be room for youth tournaments: in addition to the many reasons of interest (the race to the various Masters, the progress of the most prominent boys) there will also be the novelty of the doubles’ tournaments… 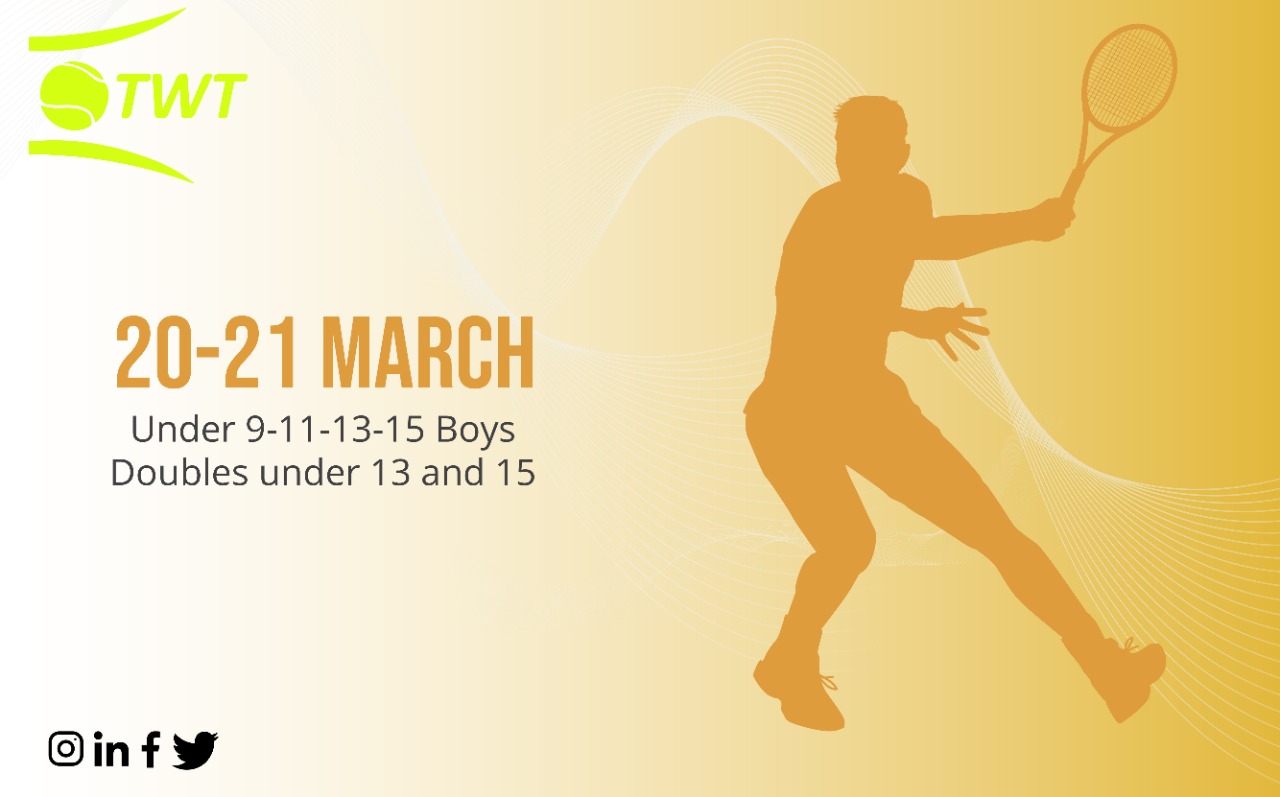 This is a crucial step for the growth of a tennis player under construction: it so happens that the game of flight is not trained enough, therefore playing doubles becomes important to accustom the boys to play in areas of the field they are not used to, however with the stress of the score.

It will be really interesting. There’s also the hope that the circuit reaches the symbolic number of 300 players who, between one category and another, to have taken part in it. There are 294 to date.