In over seven months, the Tennis World Tour has sent many positive messages. First of all, solidarity. However, the courts of the Van der Stel Tennis Club in Stellenbosch are also offering a lot more. The most significant message then came from the Bulgarian Boris Radkov, winner of the Under-9 tournament.

In the previous stages, Radkov had always lost in the final against Alex Pieber, a student of Federico Coppini's Tennis World Academy (who is also the creator of the TWT). He had lost pretty sharply, and this time the gap seemed even bigger. 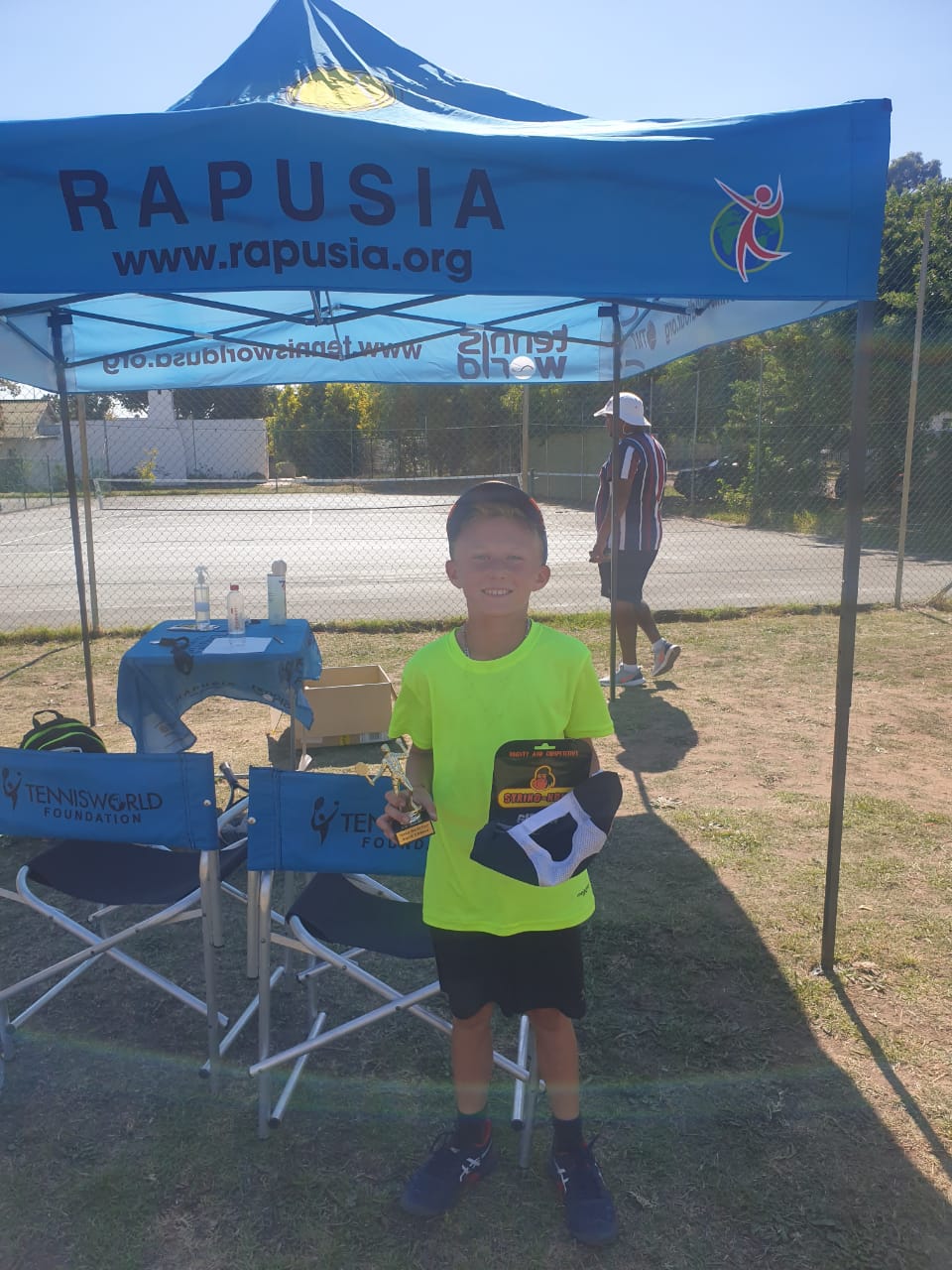 But leading 4-0, 3-0, Pieber relaxed and allowed Radkov to come back and take the win in the super tie-break: 0-4, 4-3, 10-6. Apart from the disappointment for the loser (the TWA masters will know how to find a way to cheer him up), Radkov's lesson is extraordinary: to never give up, even when everything seems over.

Tennis is great because it's never over until the handshake. “It's not over until it's over,” say the Americans. We do not know what the tennis future of Pieber and Radkov will be, but we are sure they will remember this Sunday in the spring, for a long time.

The events of the Under-9 tournament were the most sensational of those that that were held this past weekend, but in Stellenbosch we saw a lot of (good) tennis. Gradually rising with age, Giacomo Coppini's first success came among the 11-year-olds: in a derby between academy boys, the Italian won a tight match against John Burke (4-3, 4-3).

If his father-coach Federico may have been disappointed by the outcome of the Under-9 final, he was able to quickly put past that disappointment thanks to his son, interpreter of an aggressive tennis from the baseline, while the opponent defended his ground to the bitter end.

In that age category, the one with the least number of errors wins. For this reason, Coppini's victory has double value because he has found a way to unhinge the opponent's game. The Tennis World Academy also laughs in the backdraw (the consolation draw, reserved for those who lose in the first round), with the success of Matthew Van Graam and Owen Stephens. 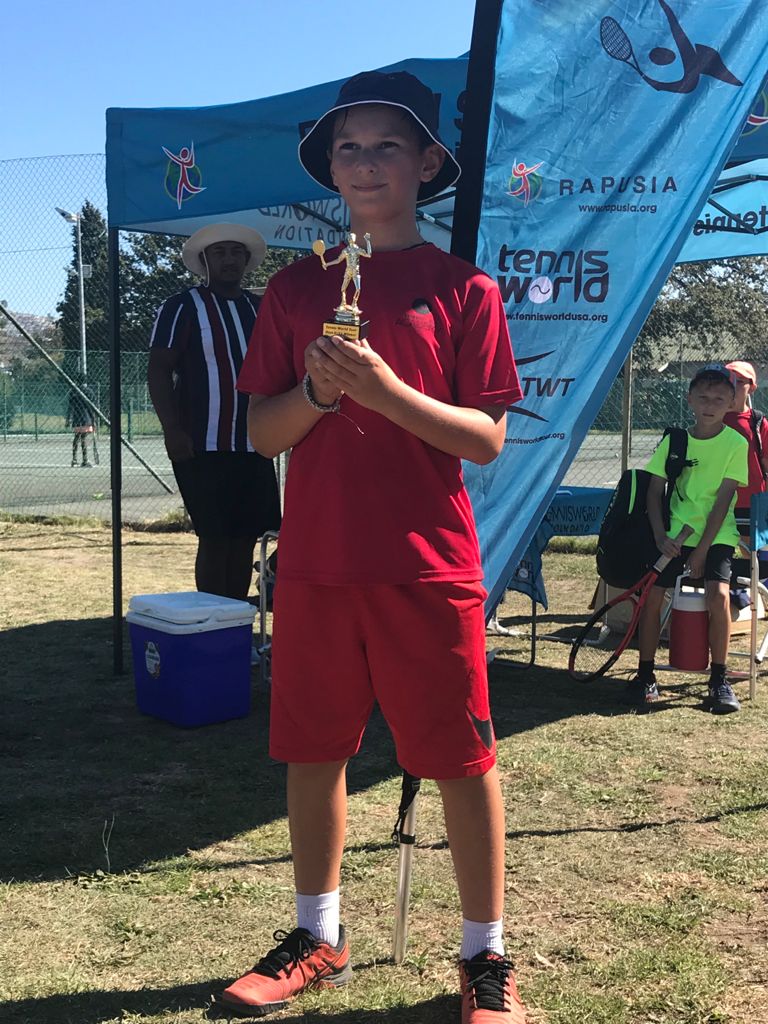 As if that weren't enough, Coppini Jr. was also protagonist in the Under-13 draw. He wasn’t able to claim a double victory because he surrendered in the final to Reuben Lerm, a 12-year-old from Paarl (who’s a year older than him), but he played the best match of the entire weekend.

Against Marcel Joubert (who in the first round had ousted Jason Newell, one of the most prominent boys of the TWT), he played a fantastic game, a furious battle that was played point to point. It ended 3-4, 4-3, 10-8 in favour of Coppini, but both deserved to win for their aggression.

Still very young, they are developing a game that will come in handy in the years to come. The only regret concerns the tiredness with which Giacomo presented himself in the final: for him it was the fourth match of the day (without counting the commitments of the day before, in the Under-11 team) and he surrendered 4-0, 4-2.

But there will be time to avenge his defeat. Meanwhile, the TWA was consoled with Ethan Pieber's success in the backdraw. 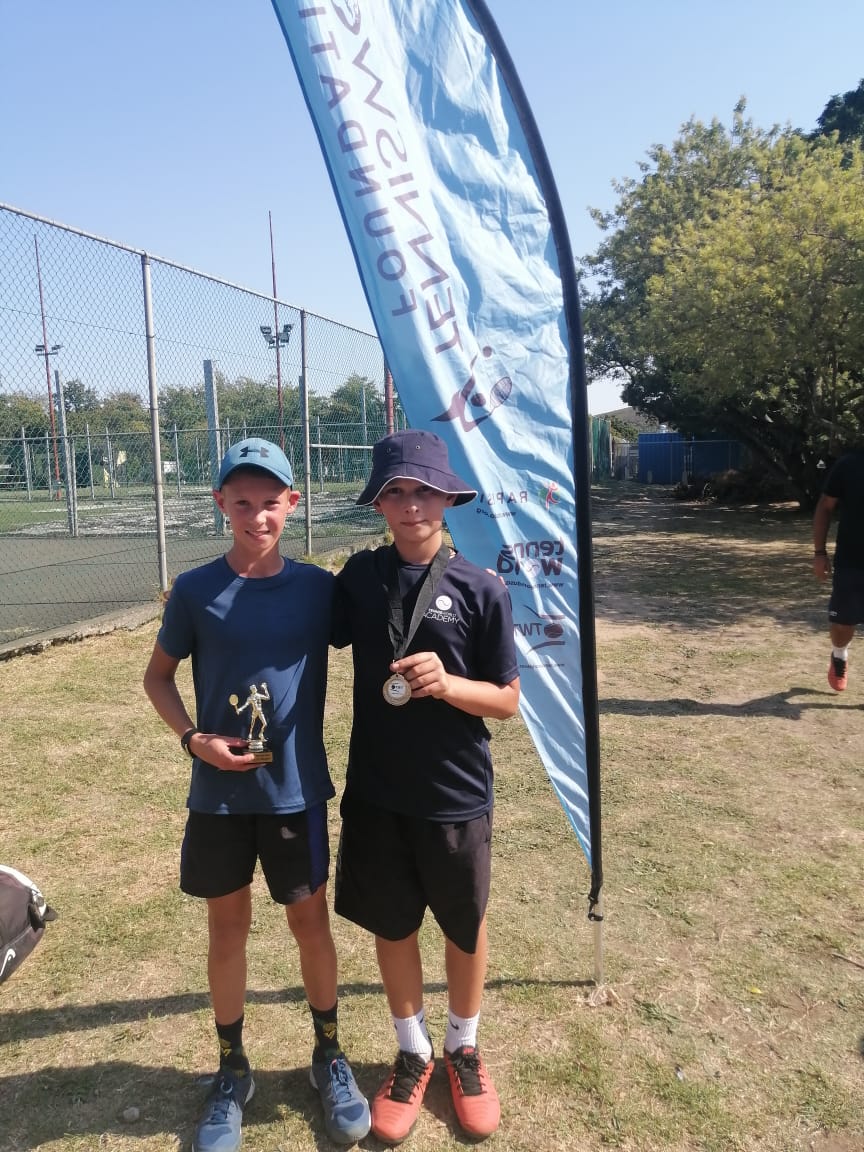 Among the older children (under 15), the title went to another student of the Stellenbosch academy, the 15-year-old Kim Sunwoo, who emerged from a beautiful final against Luca Granvogl.

Perhaps inspired by what happened between the Under-9s, he came from a set down and won with the score of 1-4, 4-3, 10-5. The tournament’s star, however, was 13-year-old Shiloh Daniels. Already last month, the 13-year-old from Stellenbosch had tried her luck in the men's draw.

She made an excellent impression this time too, pushing herself right up to the semi-finals and playing evenly against the future winner. Shiloh's technical-tactical growth is really evident, and who knows that between now and the end of the circuit if she’s able to win a men's stage.

We wouldn't be too surprised. 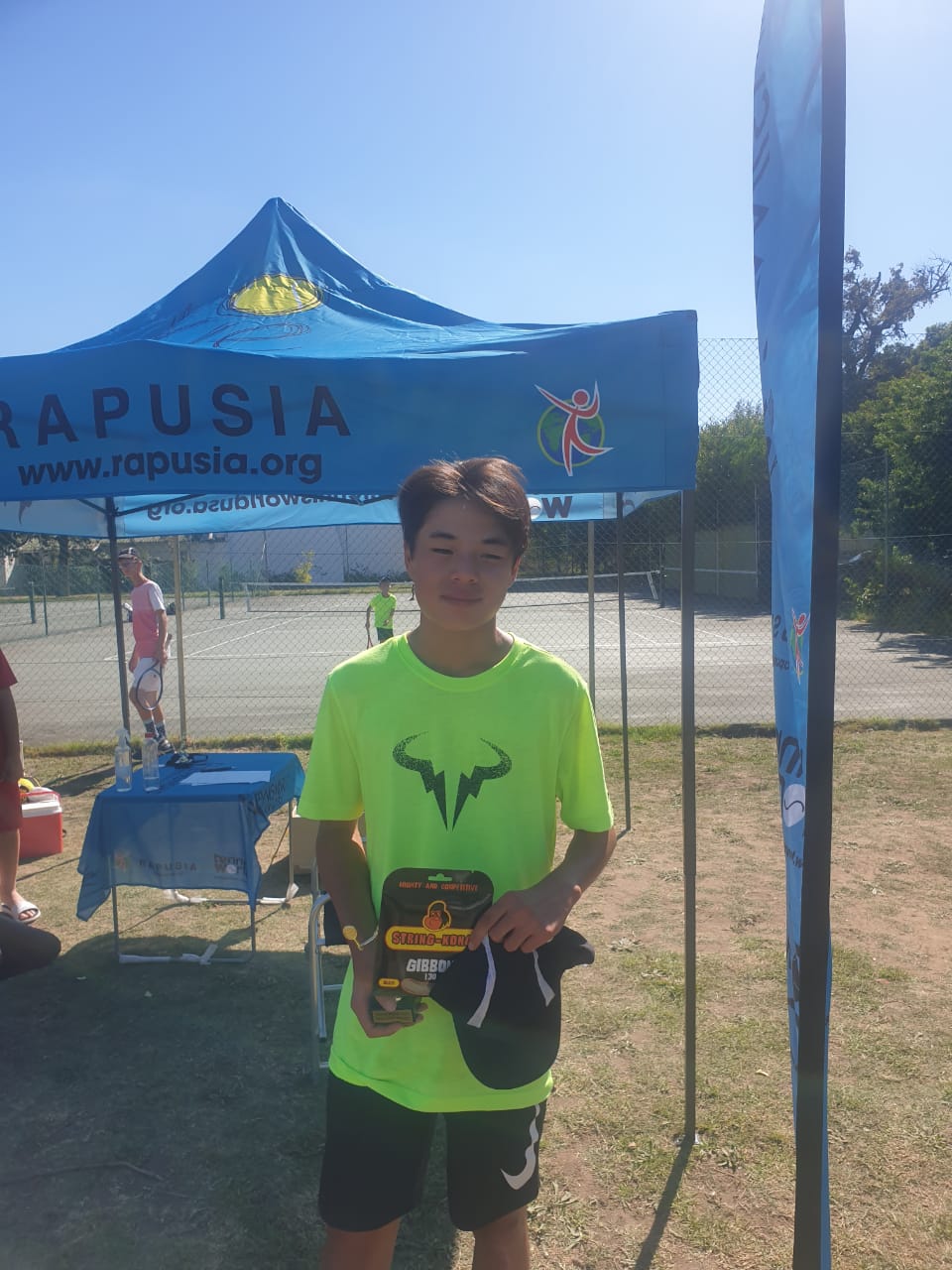 Latest results: The doubles event in the Under-15 category was also played, in which the finalists in the singles (Sunwoo-Granvogl) teamed up and had no problems, going on to win the title by losing just four games in the whole tournament.

One of the best news, however, comes from backdraw: Oyama Fikiso, one of the iconic players of the Tennis World Tour, won it. A student of the TWA, he holds a racquet thanks to the project of the Tennis World Foundation. Without this help, he would not have been able to afford to play continuously.

At 13 years of age, 165 centimeters tall and 55 kg, Oyama plays with an incredible passion and in recent months he has played the beauty of 55 games, winning 31. Seeing him play is a joy for the eyes, but above all for the heart.

The goal, of course, is to win a few tournaments between now and the end of the circuit, without necessarily going through the backdraw. 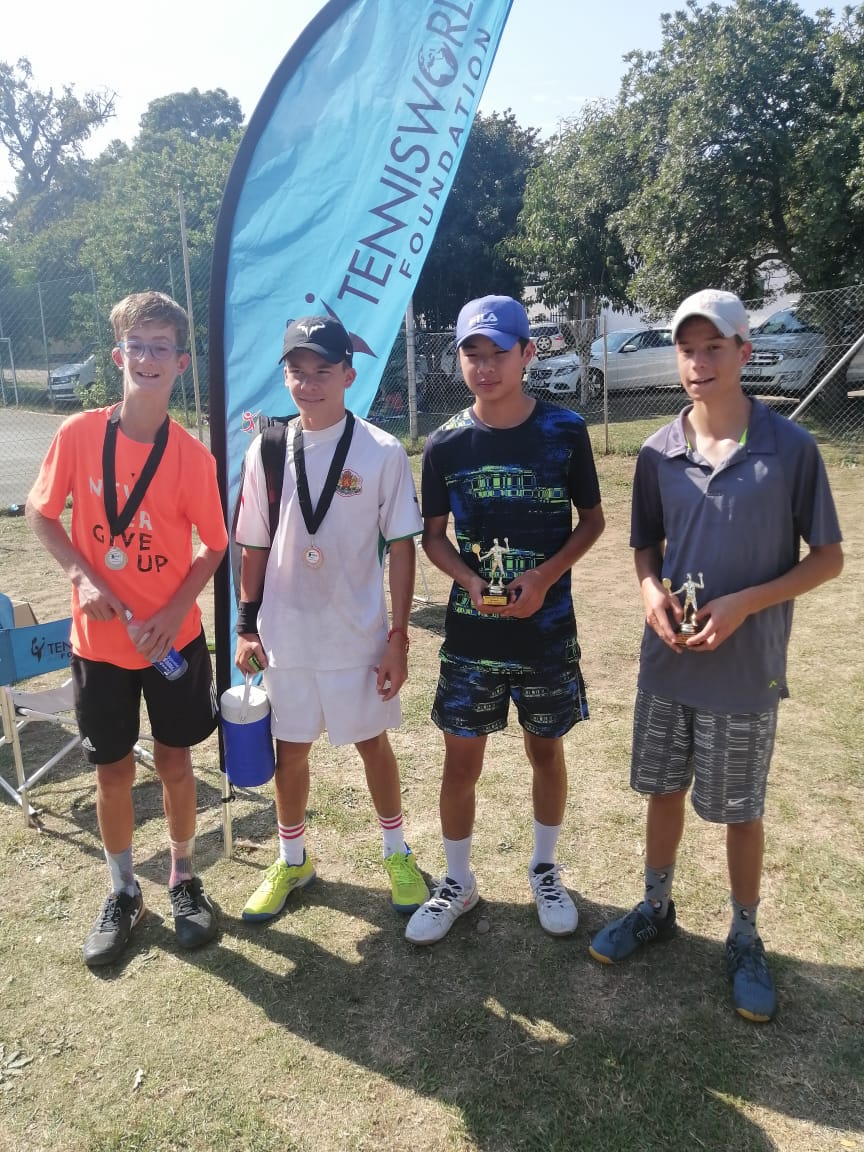 Radkov, Coppini, Pieber, Daniels, Fikiso, Newell and many others: now we are passionate about these names, baby-promises who can play tennis thanks to the initiative of those who have chosen to do good, in a completely selfless way, without wanting to claim returns for their efforts.

But the returns come anyway, because the stories told by this tournament are truly remarkable. And there will be many more. Now the circuit will move to Somerset West: on the weekend of May 1st there will be two Open tournaments, for boys and girls, both singles and doubles.

After having reached the base of the mountain, now we begin to climb towards the summit, that is the Masters next autumn. But the road is still full of switchbacks.