Tennis - What should have been a memorable day for Sara Errani in front of her home fans turned out to be a very forgetful one. After pulling up injured in the singles final and going down in straight sets to Serena Williams, Errani took to the court once again with doubles partner and best friend Roberta Vinci for the doubles final against Kveta Peschke and Katarina Srebotnik at the Internazionali BNL d'Italia in Rome.

But Errani and Vinci could win only one point in the first four games before Errani decided to stop to hand the title to the fourth seeds Peschke and Srebotnik. Errani commented afterwards, "It was a special day, but it was also a very difficult day for me.

I tried my best but I couldn't do anything more with the injury, so it ended up being a sad day for me in the end. But it was an unbelievable atmosphere today. The crowd was just amazing." This was Peschke and Srebotnik's 10th doubles title together as a team, Peschke now has 27 doubles while Srebotnik has 35. 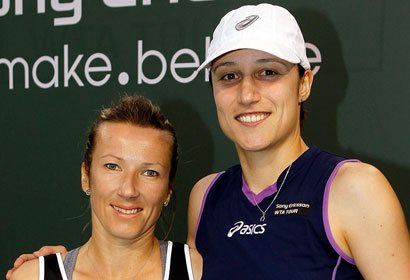